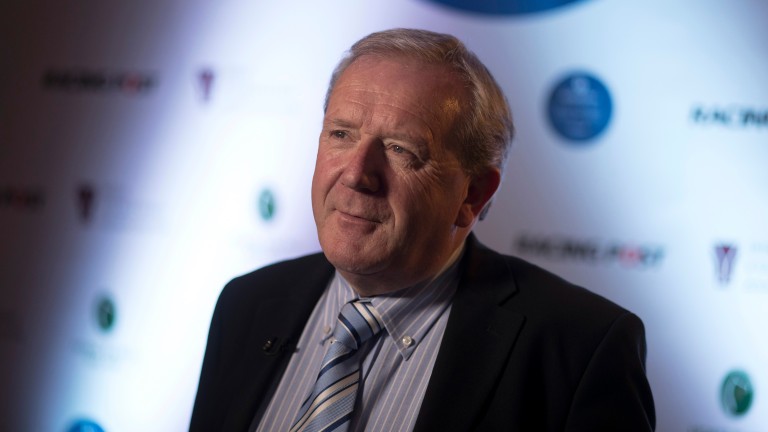 Irish Stable Staff Association chief executive Bernard Caldwell believes those working during Irish racing's period behind closed doors deserve to be catered for while keeping the industry going during a challenging period.

An element of Horse Racing Ireland's measures taken for the current unprecedented scenario is that no catering facilities will be provided on racecourses, something Caldwell feels needs to be addressed for stable staff working long hours.

"There are more staff than anyone else going racing at the moment, they're the ones keeping the show on the road," he said following the initial fixtures restricted to essential service providers and industry participants.

"Food is a huge area we want to look at, it's probably the main concern of stable staff so far.

"I was racing at Navan on Saturday and again at Limerick on Sunday, when I checked the petrol stations along the way to the track to see which were providing food."

He added: "Trainers can be a bit slow at passing on information given to them by the authorities, I discovered that on Saturday.

"Trainers need to give staff the option of bringing food with them, or maybe having a kettle to boil water on a racetrack. These are things that can be done.

"Hopefully we can keep going racing next week and we'll review this area. Racing staff are the backbone of the industry, let's listen to them and show that they are the backbone."

Caldwell says that any member of stable staff with concerns over attending fixtures are encouraged to get in contact with him over the coming days.

"I'll make myself available to everyone all the time and have access to HRI and the Irish Horseracing Regulatory Board, who are all trying their best," he explained.

"We're out there on the coal front gathering information, I hope people will use it for moving forward."

He added: "Stable staff are finding it difficult but are doing their best to comply with the rules and regulations. We'll do our best to keep the show on the road as long as we can, our staff want racing and have to earn wages. We need to keep that going."