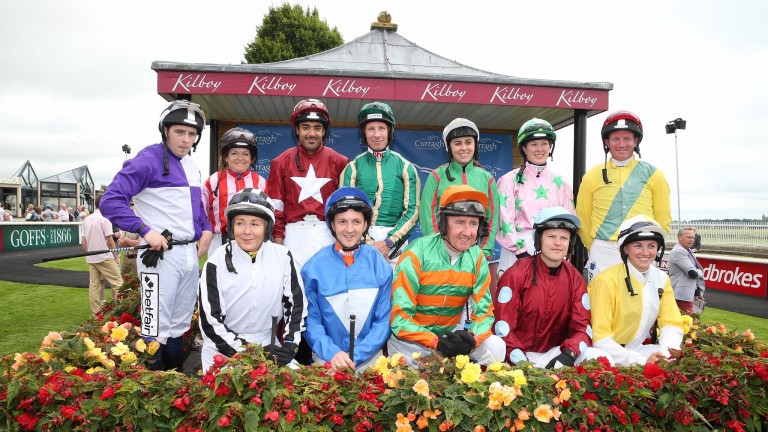 In a relatively short career, the enigmatic and extraordinarily talented Labaik has only encountered four riders with the Midas touch to get his head in front: Messrs Kennedy, Walsh, Donoghue – and one that may be subject to future racing trivia – Sheikh Fahad.

The driving force of Qatar Racing landed the Leopardstown leg of the Corinthian Challenge Series in aid of the Irish Injured Jockeys last year aboard the subsequent Supreme Novices' Hurdle winner, and 12 riders were this week announced for the 2017 initiative, which raised over €120,000 in its first running.

Participants will race over the Irish Derby course and distance at the Curragh next month before heading to Gowran Park and Leopardstown – over the same track as the Irish Champions Stakes. They will raise €10,000 each in order to take part. 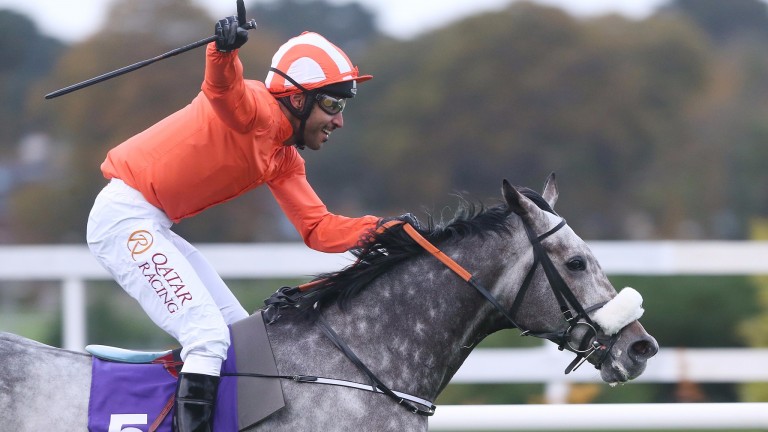 The riders will also receive additional help and training organised by the charity alongside some of Ireland’s best-known jockeys including Ruby Walsh and Patrick Mullins.

More information on donations and the challenge can be found on www.corinthianchallenge.com.

Hamilton welcomed art student Hollie Jamieson to the track this week as she officially unveiled her winning mural.

The 18-year-old’s design was chosen from dozens of enties after Hamilton invited students from New College Lanarkshire HNC art and design course to submit proposals for a one-off piece of art in the grandstand tunnel.

The mural – which features in the tunnel connecting the lawns and park area to the trackside of the course – draws on a number of elements of the racecourse experience, including the glitz and glamour of ladies’ night, the elegance of Hamilton’s wedding packages, the unique buttonhook layout of the course and the drama of racing. 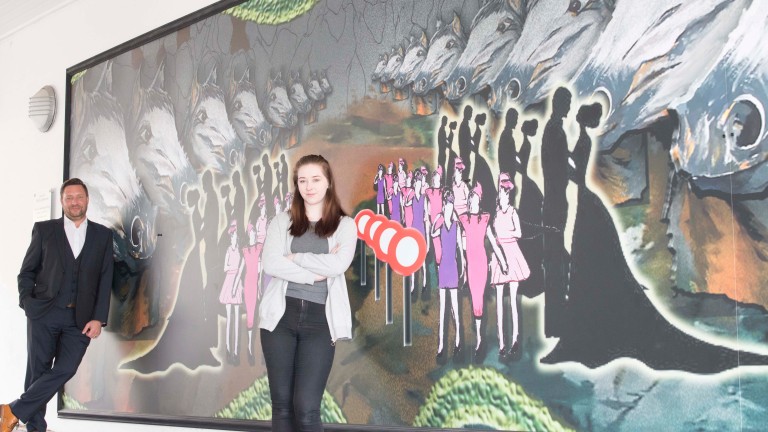 Hollie Jamieson with her winning mural design at Hamilton
Hamilton

Viewing the installation for the first time, Jamieson said: “It was really surreal seeing my artwork actually on the wall, it was so big!

"I couldn't be happier having my name next to it. I thoroughly enjoyed the project and am delighted with the finished piece. It’s a winner!"

Kelly Cunningham, art and design lecturer at New College Lanarkshire, added: "The mural project has been an incredible experience for our HNC art and design students. The opportunity to work on a live project with a real client is amazing and we are very grateful to Hamilton for the opportunity."

Ashley Moon, head of marketing and operations at the course, said: "The mural has already been seen by thousands of racegoers and will take pride of place in the tunnel for years to come. The students have been a real credit to themselves with their professionalism and approach, and we'd like to thank them and Kelly for joining us for this historic project."

Ultimate professional to be celebrated

If ever there were a jockey to make a song and dance about it is Brian Harding – and that's just what is going to happen.

He retired in April after a long and highly successful career and is being honoured with a northern National Hunt jockeys summer dinner next Saturday at Hardwick Hall in Sedgefield.

"Richard Hale called him the ultimate professional and this is a celebration of Brian's career," said Lizzy Butterworth, one of the event's organisers. "The weighing room wanted to do something and to have a party.

"There is a meeting at Hexham so that is handy and there is no jump racing the next day." 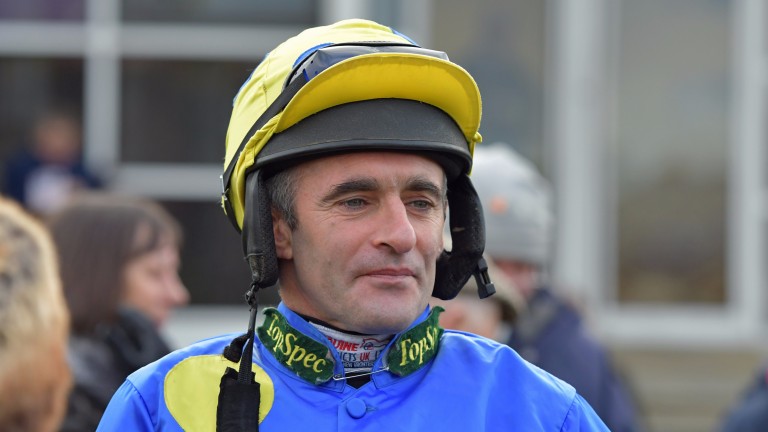 Around 250 tickets have been sold – at £30 a time – for a night that will feature an auction and raffle in aid of the Injured Jockeys Fund.

Music will be provided by the Wildcats Of Kilkenny who apparently offer "an irresistible blend of blarney, bouncing around and frantic fiddle-led fun".

The latest exhibition by renowned artist Elie Lambert will open at the Osborne Gallery in Knightsbridge on the eve of Royal Ascot. Lambert, a former jockey, bloodstock agent and racing correspondent, has devoted his artistic career to the horse.

The late Sir Peter O'Sullevan, formerly chairman of the gallery, said Lambert's "colourful long legged horses are evidently shod by Louboutin". He described Lambert as 'Lowryesque' and 'compulsive'. Racing fans won't be disappointed by his latest show, with the sport front and centre.

The exhibition runs from Monday, June 19 to Friday, July 14. Admission is free.

The 50th annual Point-to-Point Awards dinner will take place at the Belfry Hotel in Birmingham on Saturday, November 11. ITV Racing's Luke Harvey – also a winning trainer between the flags – will host the event.