July Festival Reports A RACE FOR THE AGES

Corinthian spirit – and sausages – to the fore with the Town Plate 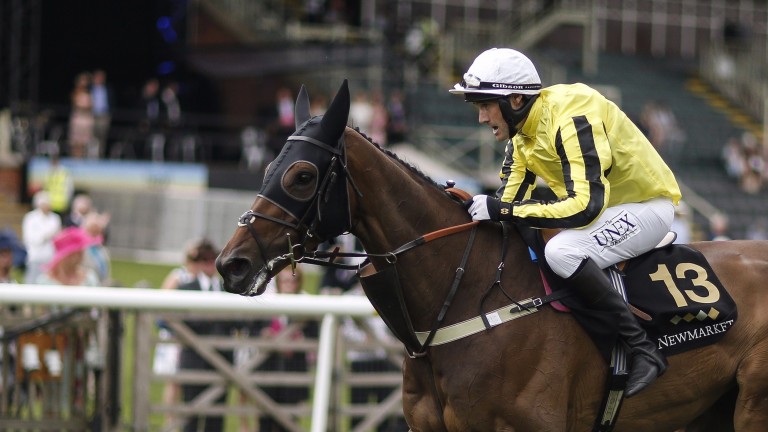 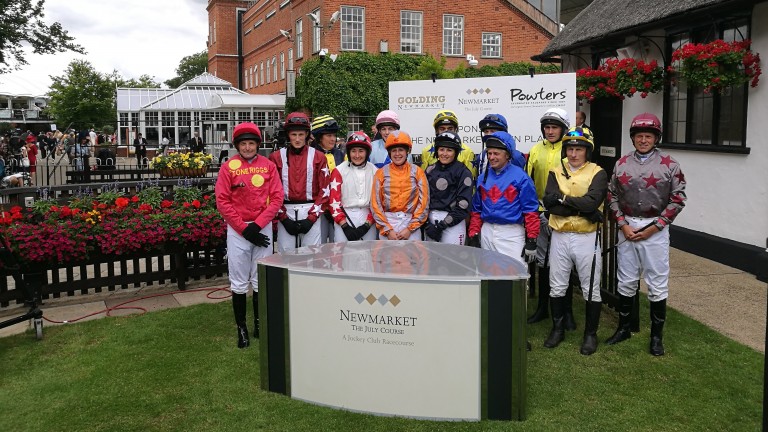 Easy does it: Bivouac and Tim Gredley come home a clear winner of the historic Town Plate
Alan Crowhurst
1 of 2
5:24PM, JUL 13 2017

A starter for ten. How many races begin on land owned by the National Stud? The answer is just the one, Newmarket's historic and idiosyncratic Town Plate.

A marathon three-and-three-quarter-mile test that sweeps round the July course, the Town Plate was the first staged under written rules and can be traced all the way back to 1666.

It is only open to genuine amateurs and has attracted a magnificent menagerie of riders from varied backgrounds.

Some names are more familiar than others. Sheikh Fahad Al Thani, the chairman of Qatar Racing and Qatar Bloodstock, won the race last year with Almagest and has returned for more, while the favourite Bivouac is ridden by Tim Gredley, son of Big Orange's owner Bill Gredley.

Greyhounds bookmaker Keith Oakes, or 'Keith Dettori' as he was christened by the Ken Slack team, is more of an unknown and is excited about riding in his first Town Plate.

"I hadn't really sat on a horse until two years ago," says Oakes, 52. "It's my first time in any kind of race. In March 2015 I read about Ken Slack taking over the licence from his mother and, living close by, I turned up the next day and asked if I could help out."

Oakes is aboard Bell Weir and has high hopes of getting among the places. "I'm hoping be in the first four," he adds.

Keen point-to-point rider Lois-Ann O'Hara has come to Newmarket with the whole family and is bidding to give her veteran 15-year-old Chandlers Cross a fitting send-off. 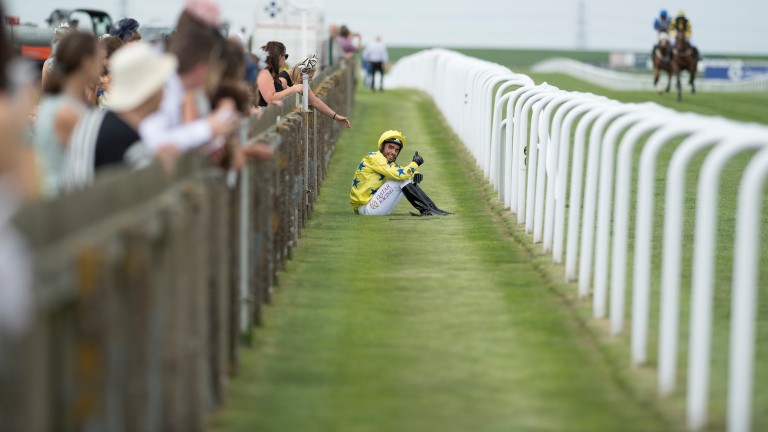 Sheikh Fahad, last year's winner, let's onlookers know he is not seriously hurt after his fall from Almagest
Edward Whitaker

"I thought I'd try something a bit different," O'Hara says. "This is his last year before retirement and what better way to do it."

Unlike Oakes, O'Hara, 29, has smaller goals and adds: "As long as everyone has a nice day out that's the main ambition."

As racegoers stream into the track, starters Robbie Supple, William Jardine and Kieran O'Shea leave the course and take a short drive to the Town Plate start.

Situated about two and a half furlongs from the finish on the left-hand side of the course looking down the track beyond the stands, the field for the 348th running of the race start to emerge on to the National Stud's land.

There are some nervous smiles and laughs as the runners circle out back and then, bought in by Supple, the 13 challengers embark on their journey.

Not lacking in drama

Much of the race takes place away from the cameras, but the final mile does not lack for drama as Sheikh Fahad is unseated and crashes into the running rail when challenging for the lead, emerging bloodied but unbowed.

As forecast, Bivouac is a wide-margin winner for former international showjumper Gredley, 31, who is understandably delighted. "I'm over the moon," he says. "I've been coming here since I was a child and jumped at the opportunity to ride on the course."

Third place went to the oldest rider in the line-up, 62-year-old trainer Michael Mullineaux, and he is keen to try again.

"I've done it before and I enjoy it. I'll try and come back next year as well," he says.

Oakes was unable to challenge for the places, and the prizes, which include a box of local sausages for each of the first four home, but is still thrilled with the experience.