Corinthian Challenge smashes target but future is in balance 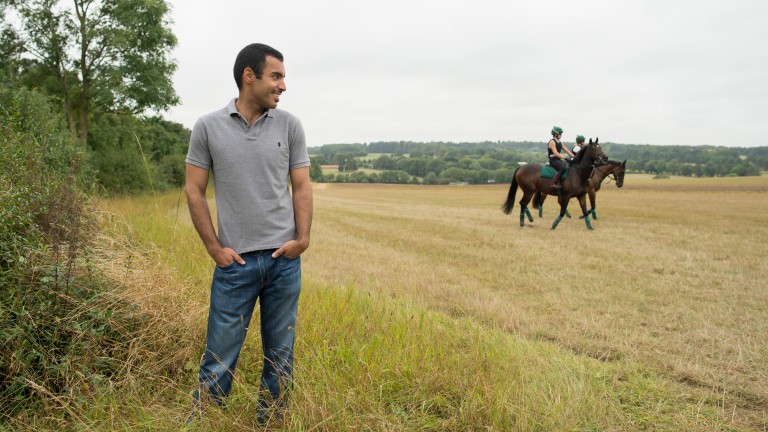 Sheikh Fahad Al Thani: a driving force behind the inaugural running of the Corinthian Challenge
Edward Whitaker
1 of 1
By Brian Sheerin 2:10PM, OCT 28 2016

Organisers of the inaugural Corinthian Challenge Charity Race Series say it may not be repeated next year despite raising more than €120,000 for the Irish Injured Jockeys.

The series came to its climax at Leopardstown last Sunday when Sheikh Fahad Al Thani, the driving force behind the concept, guided the Gordon Elliott-trained Labaik to success.

However, Michael Higgins, general manager of the IIJ, said: "I'm not committing to going ahead with the whole process next summer just yet as I feel, even though you may have different riders, you could be going back to the same group of people in looking for sponsorship."

Despite expressing uncertainty about the series' future, Higgins had nothing but praise for those involved with it this year.

"The jockeys put their shoulders to the wheel throughout the whole process and raised a lot of money," he said.

"We haven’t got an official sum of money just yet, but we're looking at at least €125,000 raised for the Irish Injured Jockeys at this stage.

“Each jockey was given a target of €10,000 to reach, but midway during the series the jockeys cleverly decided to pool together in order to reach the overall target of €100,000, and it’s fantastic they have exceeded that target.

Meanwhile, a dedicated programme on Irish Injured Jockeys will be aired on RTE’s Nationwide on Wednesday, November 2, and viewers will get a chance to see first hand what the charity does and the people it helps.