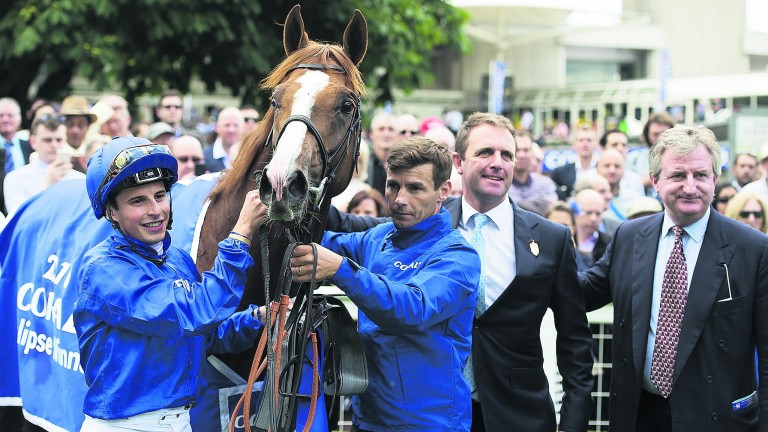 Bosses at Coral are eager to extend the bookmaker's lengthy sponsorship of Sandown's Eclipse Stakes, with next month's renewal set to be the last of the current deal.

Coral was among a host of leading firms who refused to sign up to British racing's controversial authorised betting partner (ABP) scheme, which led to a number of high-profile sponsorship deals, such as Betfred's association with the Cheltenham Gold Cup and Ladbrokes' deal to sponsor the then World Hurdle, coming to an end.

With ABP now in the past courtesy of the new levy scheme and Coral holding no grudges despite its fallout with the sport, the firm's Simon Clare expects to meet with Sandown bosses soon to agree a new deal.

The Coral-Eclipse sponsorship, which is now in its fifth decade, has recently run on a three-year rolling basis, and Clare indicated he would be keen to come to a similar arrangement once again.

"We've been sponsoring the race since 1976, the race is our flagship sponsorship and we're very proud of it," said Clare on Tuesday.

"We have a great relationship with Sandown and I'll be sitting down with their team shortly to start discussions about the future.

"It's amazing to see a sponsorship like this last the test of time through periods of internal cost pressures, new marketing directors and disagreements with the sport of racing.

"We're looking forward to sponsoring this year's renewal and to being sponsors for many years to come."

Clare is excited about the early look of next month's Coral-Eclipse, with connections of Derby runner-up and fourth, Cliffs Of Moher and Eminent, suggesting the Sandown feature is on their radar.

With last year's winner Hawkbill likely to be in the mix and Royal Ascot's Prince of Wales's Stakes having the potential to produce more leading older contenders, Clare is optimistic the race could be set for one of its stronger renewals.

"The race is like a jigsaw that slowly comes together," he said. "It's good to see already connections of Cliffs Of Moher looking at the Eclipse and, as soon as I saw Eminent in the Derby, I was thinking Eclipse for him.

"If we got Cliffs Of Moher v Eminent, the rematch, that would be great and then you start getting greedy and thinking what older horses might come from the Prince of Wales.

FIRST PUBLISHED 2:05PM, JUN 6 2017
We're looking forward to sponsoring this year's renewal and to being sponsors for many years to come