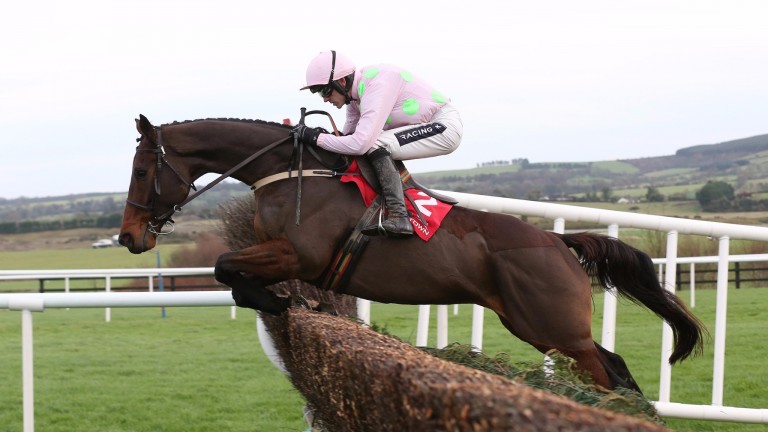 Ruby Walsh will be hoping his decision to go to Punchestown to ride Djakadam in this Grade 1, rather than partnering Douvan in the Hilly Way Chase at Cork, pays off.

The Willie Mullins-trained Djakadam, twice runner-up in a Gold Cup, trounced Valseur Lido in this race 12 months ago under Walsh, but that was his only win all season.

Still just a seven-year-old, Djakadam has already produced plenty of good performances at the highest level and has an official rating of 170.

His nearest-rated rival, stablemate Alelchi Inois, was the main beneficiary of a last-fence fall by the reopposing Outlander in the Clonmel Oil Chase last month.

Mullins' third runner in the race, Black Hercules, has never lost a chase he has completed and was last seen winning the JLT at Cheltenham.

Speaking about his trio Mullins said: "He [Djakadam] has been a consistent performer throughout the past few seasons.

"He won this race last year and he is in the same sort of form as he was going into the race 12 months ago. We're expecting him to give a very good account."

Djakadam is a best-priced 12-1 shot to give Mullins his first Cheltenham Gold Cup win come March.

The trainer continued: "This time last year we thought Black Hercules was one for the staying division over fences, but his jumping and style of racing persuaded us to bring him back in trip and that has worked out well, with him winning the JLT Novices' Chase at Cheltenham in good style.

"We think he has improved since last season and he is ready for action. We're expecting a big run.

“Alelchi Inois was fortunate to win the Clonmel Oil last time and we hope he can pick up some prize-money as this is tougher."

Alelchi Inois is a possible for cross-country races for the remainder of the season after this, but a good performance from Black Hercules would see his position as 6-1 favourite for the Ryanair Chase harden.

Sub Lieutenant has also been spoken of as a potential Ryanair Chase hope, for which he can be backed at 14-1.

However, his trainer Henry de Bromhead is focusing solely on the John Durkan and won’t be caught gazing too far into the distance.

“We just want to see how he takes this next step before thinking about future targets,” said de Bromhead.

“He would have lots of options over the Christmas period but we're looking forward to seeing how he gets on in this first.

“He has been very good over fences and he won well at Down Royal last time. He has jumped really well for us and hopefully he can step up again."

Outlander was in the process of putting the Clonmel Oil Chase to bed before tipping up at the last under Bryan Cooper. Davy Russell takes over here.

Trainer Gordon Elliott said: "He has been absolutely fine since his fall but this was the only race that suited him.

"He's in good form at home and, although it's a good renewal, he should run well."