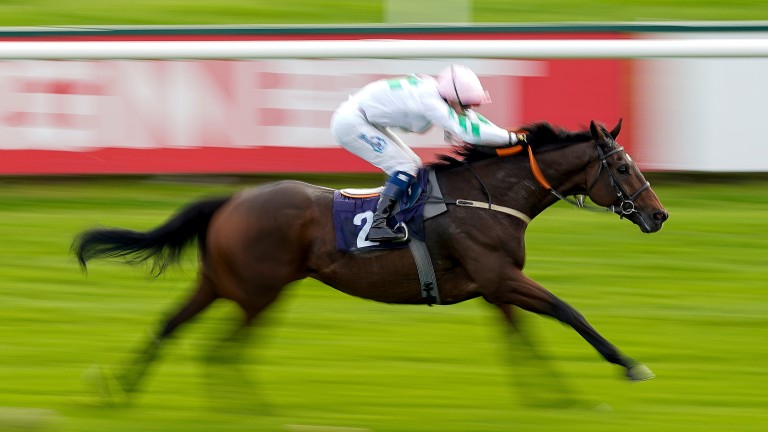 Mossbawn was the first of Connor Beasley's two winners for David Barron
Alan Crowhurst
1 of 1
By David Carr, Racing writer of the year 6:42PM, OCT 23 2021

Teaming up with David Barron this season has really paid off for Connor Beasley, who rode a double for the trainer on Mossbawn and Another Batt in the colours of Laurence O'Kane.

"I can't thank Mr Barron and the team enough," the jockey said. "It's been a fantastic season. I hope it can get bigger and better, he has a good bunch of horses to go to war with."

Mossbawn, who scored twice at Thirsk in late summer, got back to winning ways in division one of the 0-80 7f handicap at 4-1.

"The boss and the team at the yard have done a tremendous job," Beasley said. "He's got a little warm the last couple of runs but today he was nice and relaxed." 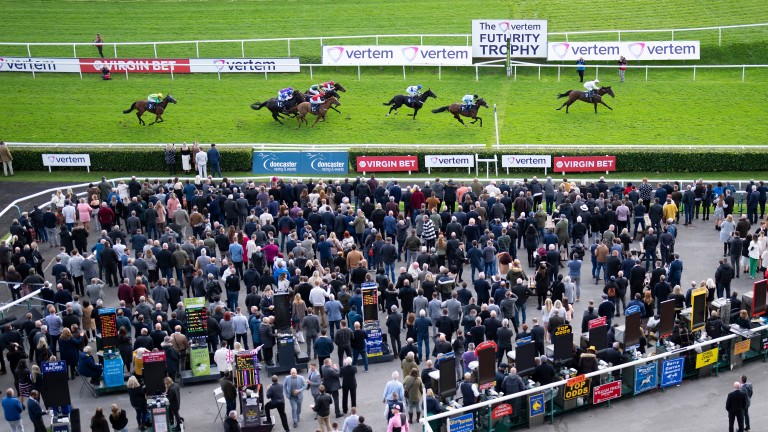 Joint-favourite Another Batt took the 0-95 7f handicap to complete a 26½-1 double for trainer and jockey and Beasley said: "He ran a good race at York last time but he was drawn a little wide and we had to take our time.

"I spoke to the boss this morning and he filled me with confidence. He said Another Batt was bouncing at home and he'd relish the conditions. He travelled very well into it and when I asked him the question he really stuck to his task."

No Panic for Egan

Patience paid for General Panic. David Egan rode a waiting race on the 11-2 shot, who had finished fourth at 150-1 in a valuable sales race at Newmarket three weeks previously and showed that was no fluke with a battling victory in the nursery on his first run over seven furlongs.

"He was stepping up in trip in testing conditions and I wanted to give him a chance to stay," the jockey said. "It took half a furlong for him to get into top stride but the seven furlongs was a big help to him.

"He was very willing, he really stuck his head out in the last furlong. He's a very genuine type and seemed to handle the ground."

After an excruciating wait there was double joy in the paddock when the judge called a dead-heat between Copper Knight and Boundless Power in the 5f handicap.

Such was the wait both sides could not bring themselves to consider having lost by the smallest of margins, although for the riders it was a rather different experience.

"I thought I’d won a head to be honest," said Boundless Power's jockey Rossa Ryan. "I travelled so well and if I had it all over again I might have sat a bit longer, but I was going past the half-furlong pole still bobbing on him. The top sprint handicaps will be for him next year.”

Boundless Power is likely to meet Copper Knight in those, with the pint-sized prize-fighter battling back after being headed to force the result. His jockey David Allan said: "You know my little horse, he knows plenty about racing and he sticks in well and he forced the dead heat. He loves racing."

No jockey all day could match Vicki Godfrey for excitement after her win on Soaring Star in the Betfair Clock Tower Cup for stable staff.

Her father Paul was a point-to-point jockey and Godfrey said: "I would listen to my dad's stories of when he used to ride and the thought of being able to ride in a race was a dream I never thought would come true.

"I've been with Kevin Ryan for just over six years, I do a lot of the travelling and I saddle the winners, I don't ride them. It was amazing – I'm shaking!"