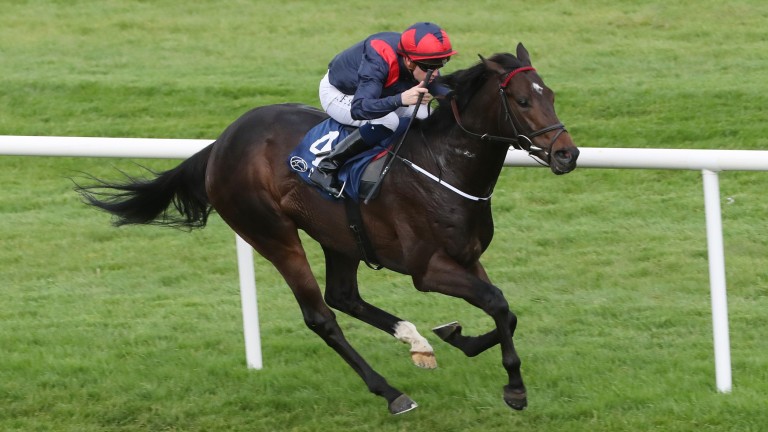 I Am Superman and Leigh Roche score at Naas last month
Caroline Norris (racingpost.com/photos)
1 of 1
By Brian Sheerin UPDATED 8:26PM, MAY 5 2019

Trainer Michael O'Callaghan's is hopeful I Am Superman can continue on an upward curve that could lead to a run in the Irish 2,000 Guineas when his three-year-old lines up in the Listed Coolmore Churchill Irish EBF Tetrarch Stakes (3.00) over 7f.

What looked an ambitious target now appears to be a logical one for a colt who has impressed in his two starts this season, most recently in winning a premier handicap at Naas in the style of a rapidly progressive colt. 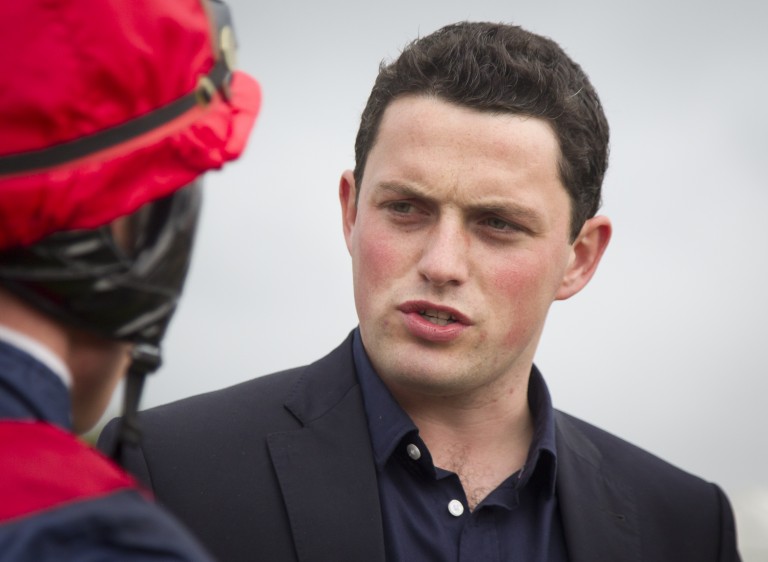 O’Callaghan said: “We did think quite a bit of him last year and he got a Guineas entry. You’re always tilting at windmills in this game but all the time hopeful as well.

“He’s been impressive in his two starts this season, including at Naas last week, and generally you need a Group horse to win a premier handicap.”

The trainer added: “For him to go and do it the way he did, it would leave you a bit excited. He came out of that race very well and this will tell us if we’re Guineas class or not.”

Antilles and USS Michigan represent the weekend's dual Classic-winning trainer Aidan O'Brien. He said: “They ran well at Chelmsford and are coming back to the grass. We think they're two progressive horses and hopefully they'll run well. The better the ground, the better their chance.”

Dan’s Dream has done most of her racing in Ireland in recent times and Jack Channon, son and assistant to father Mick, said: “She's wintered well and all her work has been good this spring. The ground and trip look ideal and hopefully she'll run well.”

Indian Blessing's last three runs have been in America, including a third-placed finish in a Grade 1 at Keeneland, and Walker said: “She's in good nick, we're bringing her back in trip as she can be a bit keen in her races. She's done well over the winter and we're hopeful of a good performance.”

Happen: form of her Leopardstown reappearance was boosted in the 1,000 Guineas at Newmarket
Alain Barr (racingpost.com/photos)

Happen is the potential improver for O'Brien, having split Sunday's Qipco 1,000 Guineas third Lady Kaya and eighth Iridessa in the 1,000 Guineas Trial at Leopardstown last month. She forms a two-pronged Ballydoyle attack on the race, which also features I Remember You.

O’Brien said: “Happen ran a lovely race when second in the 1,000 Guineas Trial at Leopardstown last month and she seems to have been in good form since. We also run I Remember You, and the hope would be to get some black print with her."