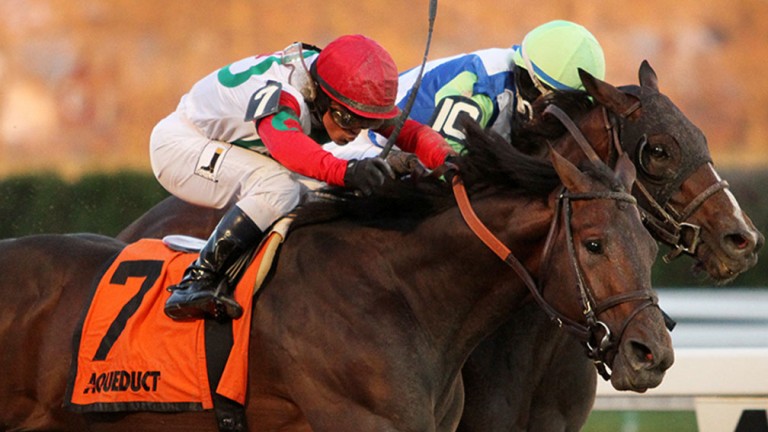 Pennsylvania Derby winner Connect bettered his elders for his first Grade 1 success when he held off Divining Rod in a fierce stretch battle for the $500,000 Cigar Mile on Saturday.

Making his first start since beating a top field featuring a pair of Classic winners at Parx on September 24, this late-developing son of Curlin added to his laurels with a gutsy effort at Aqueduct, where he was sent off 6-4 favourite.

"We've always thought a lot of this horse," said trainer Chad Brown, who leads the way among US trainers in prize-money terms this season with more than $22.5 million and 176 winners as of Saturday night.

After running just once as a two-year-old, Connect did not lose his maiden status until May and the Triple Crown duly came and went without him.

"I was a little concerned because this horse hadn't had a race under his belt since the Pennsylvania Derby, but I know how much heart he has and how competitive he is," Brown added.

On the other side of the country, the Sylvester Kirk-trained Tiburtina was never a factor when finishing eighth of 13 in the Grade 3 Jimmy Durante Stakes behind Journey Home.