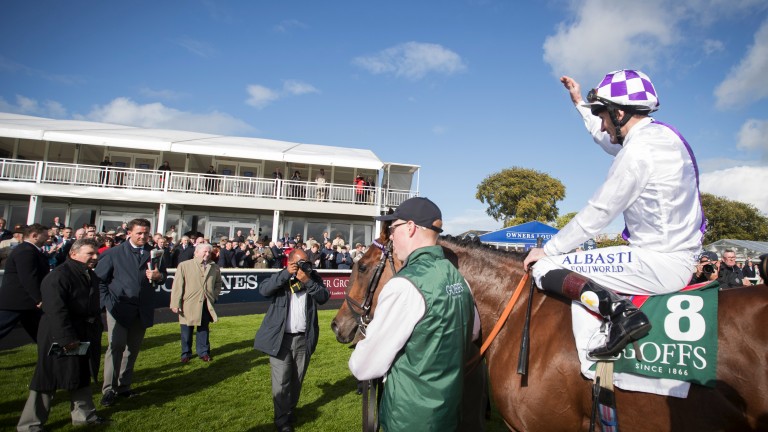 All those involved in the decision-making process had made it clear that the second day of Irish Champions Weekend would remain at the Curragh next year, as would the earlier three-year-olds' Classics.

That does not make its confirmation any less disappointing. In particular, keeping day two of ICW at the Curragh is a slap in the face for Irish racing fans and the industry at large.

It betrays a regrettable contempt for both and reduces the whole concept to a borderline irrelevance in the broader sporting world.

A familiar lament from advocates of women's football and camogie (hurling) is that the public and media do not adequately get behind what are two wonderful spectator sports.

On Sunday, 20,438 paid to watch Cork scrape past Kilkenny in the All Ireland camogie final at Croke Park. An image from the game adorned the whole back page of Monday's Irish Independent and a two-page spread was devoted to the day's games.

Flat racing in Ireland would relish such levels of perceived apathy. Sure, maybe it will never capture the imagination here the way jump racing does, but ICW has been allowed to regress to a deflating level.

There were more people at the All Ireland U21 hurling final in Thurles on Saturday than were at Leopardstown, and total ICW attendance fell short of the 20,000-mark for a first time after the Curragh failed to hit its modest restriction level. Don't let anyone tell you that is acceptable.

Moreover, given the All Ireland hurling and football finals will be held in August next year, it doesn't strike as the shrewdest piece of planning to have the Irish Champion Stakes card clash with the St Leger at Doncaster when there are two alternative weekends earlier in September.

There is good and bad in freeing up some summer Sundays of Flat racing but, bearing in mind that the number of runners and field sizes have remained largely static, whether it is necessary to swell the overall programme to a record level is a moot point.

At a time when the industry's foundations are still unstable, that might prove premature.