Coneygree on the comeback trail once again for patient Bradstocks 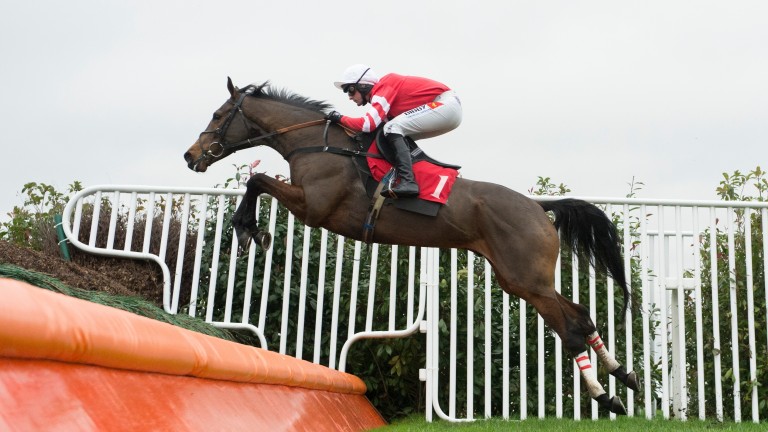 There is always a frisson of excitement surrounding the seasonal reappearance of a Cheltenham Gold Cup hero, one that is barely diminished even if the horse in question is not the current wearer of the crown.

The fact that Coneygree made a single appearance at Sandown last November before his title defence was derailed by a hock injury only heightens the sense of anticipation surrounding Mark and Sara Bradstock’s nine-year-old, who is unbeaten in his five career chases.

"Because of the dry autumn, it is only when he went to Haydock and then again this morning that he has been on the grass," said Sara Bradstock, assistant to trainer Mark. "That could make him a little bit short of fitness but he has done a lot on the all-weather and he worked well at Haydock, when Nico thought he felt as good as ever."

Connections have always believed the more recent setback was in no way career-threatening – Coneygree sat out 22 months with a pelvic injury before his chasing career – and the bigger question this week has surrounded which jockey might be available to replace regular rider Nico de Boinville.

Aidan Coleman was on standby to ride but Richard Johnson – who schooled Coneygree earlier in the week and has won on him before – will take the ride after Menorah was declared a non-runner late yesterday.

"What I'm hoping is that by the time we get to the last Cue Card will be out on his feet," said Bradstock.

"There are no wonder gears to him, he just has to go faster and harder than everything else so that they can’t quicken. And there is no point in riding him as if he has had a year off because that is just riding him to get beat. He will be ridden to win the race and if he gets tired they will obviously look after him. But I am quietly optimistic."

FIRST PUBLISHED 6:31PM, NOV 18 2016
He will be ridden to win the race and if he gets tired they will obviously look after him. But I am quietly optimistic