Coneygree jockey 'really good' but no date set for comeback 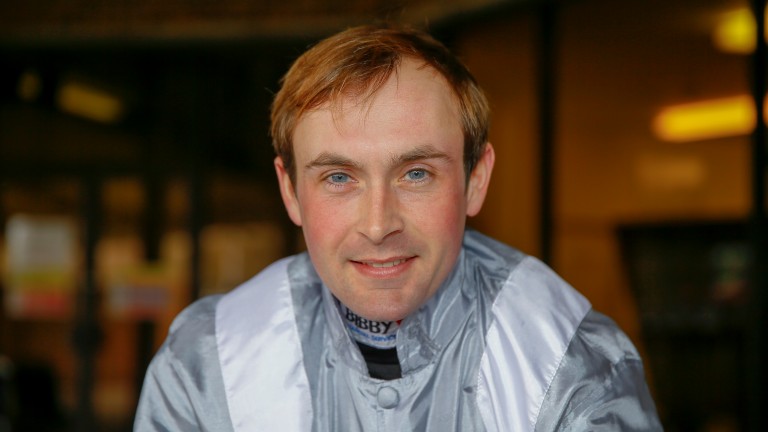 Gold Cup-winning jockey Nico de Boinville will see a consultant on Thursday hoping to learn more about how long the right arm he broke in three places at Cheltenham's Open meeting last month will keep him sidelined.

De Boinville has an appointment with a specialist at Gloucestershire Royal today and thanked the hospital, Injured Jockeys Fund and staff at Oaksey House for their support during his time off, which prevented him from riding his Gold Cup partner Coneygree in the Betfair Chase at Haydock last month.

The jockey also missed out on his Supreme Novices' Hurdle winner Altior's chasing debut at Kempton and the likes of those mean is he is keen to return as soon as possible, although when that will be is not clear.

"I feel really good", he said yesterday. "It's been two and a half weeks and it's coming along really well, so we'll how things go. I'm seeing a consultant tomorrow [Thursday] and will probably have an x-ray to see how it's mending and then go from there.

"I'm not putting a time limit on it. I'm highly aware there are some high-profile horses coming up that I could ride and you want to get back for those, but I'll play it by ear."

Coneygree, who was second to Cue Card at Haydock after more than a year off, could next run in the 32Red King George VI Chase at Kempton on December 26.

"I thought it was a really good performance," De Boinville added. "He was probably a bit ring-rusty having had all that time off, whereas Cue Card was coming off a run, so I think he'll only improve and progress for the rest of the season. I think there's a lot more to come from him."

Asked if he hoped to be back for the ride, De Boinville said: "We'll see how things go. There's no point putting a target because if you don't make it you're only going to disappoint yourself. It's one of those things where you just have to work hard and see what happens; you can only do what your body tells you."

FIRST PUBLISHED 1:00PM, NOV 30 2016
There are some high-profile horses coming up that I could ride and you want to get back for those, but I'll play it by ear

Well-regarded Your Darling back in front with poignant win in Vestey colours More than £10,000 traded at 1.01 before Versatility unseats rider after the last