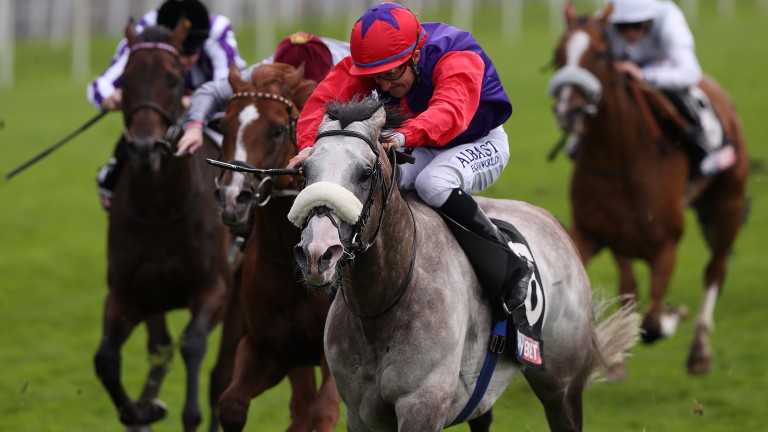 Ken Condon's courageous grey Success Days looks set to stay on home soil for his next start after gaining his first Group 2 victory in the Sky Bet York Stakes at York last time.

The Rathbride trainer's stable star was among the entries for the supporting races on Longines Irish Champions weekend, which were recently announced, and options remain open for the versatile five-year-old who is also in the Leopardstown meeting's showpiece on September 9.

Condon said of the three-time Group 3 winner: "He was absolutely brilliant at York and we'll more than likely head to Irish Champions weekend.

"He's got four entries but you can discount the Irish St Leger and he'd have to carry a penalty in the Enterprise Stakes [Group 3, 1m4f]. The Boomerang [Group 2, 1m] or the Irish Champion Stakes [Group 1, 1m2f] are more likely."

Soft ground appears to be no issue for the gelded son of Jeremy and a trip afterwards to Ascot in October could be on the cards should conditions prove testing.

"He'll probably just have two more runs this year," Condon added. "We'll keep an eye on the weather for the Juddmonte International but it's probably unlikely and we'll potentially head to Ascot if we got deep ground."

Entries for the Group 2 Clipper Logistics Boomerang Stakes at Leopardstown on the opening day of the meeting are headed by the Aidan O'Brien-trained Alice Springs, who was victorious in the Group 1 Matron Stakes at last year's meeting.

The race has attracted 12 overseas entries, including the David O’Meara-trained Custom Cut, second to Awtaad in this race last year, while Jean-Claude Rouget has made three entries including Qemah and Zelzal.

Recent Newmarket Group 2 runner-up Frontiersman is one of four British entries in the Group 3 KPMG Enterprise Stakes, while last year's 1-2, Zhukova and US Army Ranger are among the initial 35 entries. 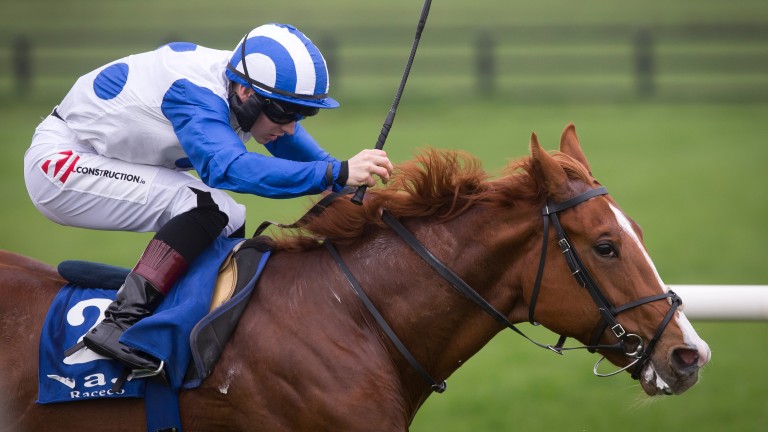 The Ger Lyons-trained Psychedelic Funk was impressive when getting his head in front for the first time as a three-year-old at Naas recently and he could also be bound for the meeting.

Regular rider Colin Keane said: "It was great to get Psychedelic Funk get back to winning ways at Naas and although he's entered at Cork this week, I'd imagine he probably won't run as the ground wouldn't be slow enough for him."

The current Flat jockeys' championship leader added: "He'll probably be aimed for Irish Champions weekend, he's entered for the mile Group 2 at Leopardstown, and have a run between now and then.

There are 42 entries, among them John Gosden's So Mi Dar and Shutter Speed, in the Group 2 Moyglare 'Jewels' Blandford Stakes. Aidan O'Brien may rely on last year’s Irish Oaks winner Seventh Heaven or exciting three-year-old fillies Rhododendron and Rain Goddess.

FIRST PUBLISHED 7:00AM, AUG 7 2017
He was absolutely brilliant at York and we'll more than likely head to Longines Irish Champions weekend