Our hero The New One never lets us down 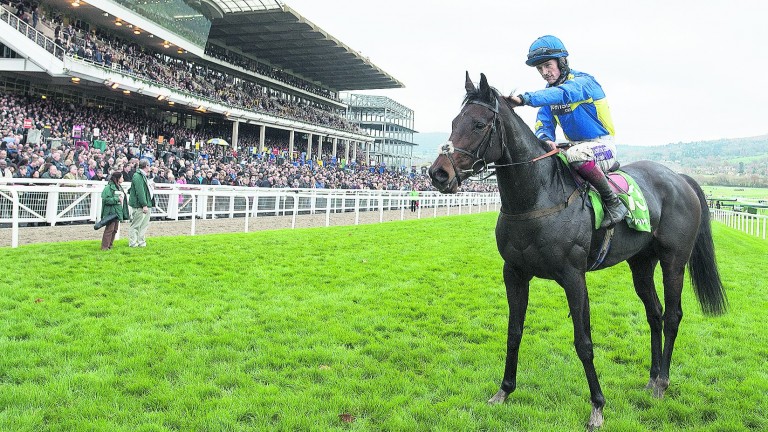 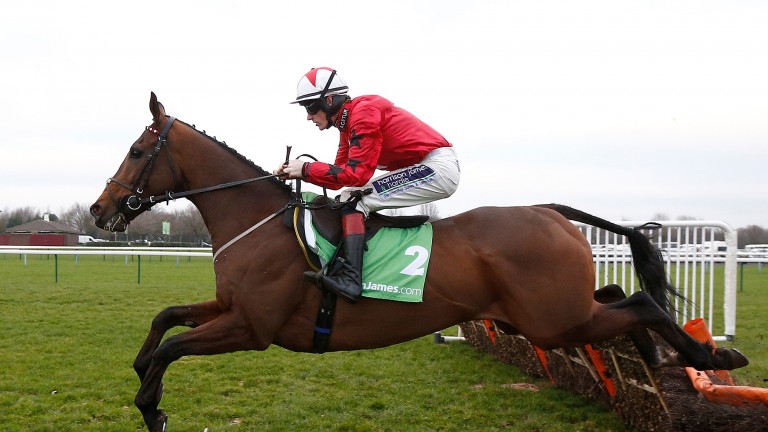 How do you find the words to do The New One justice? What a hero he is. The amount of joy and pleasure he gives to everybody in the yard is extraordinary.

His record speaks for itself and obviously he possesses loads of great qualities. One is his ability to win ugly.

The New One has never been flashy in any of his three Haydock Champion Hurdle Trial wins, but always gets the job done. He never lets you down.

Once again his bravery shone through last Saturday in getting the better of Clyne by a length. He is so tough.

There is still a long way to go until the festival, and we’ve already seen what can happen this week with the news that Annie Power won’t be defending her Champion Hurdle crown. Clearly all eyes will now be on Faugheen at Leopardstown on Sunday.

The New One has the option of the Stayers’ Hurdle, but the Champion remains his most likely destination. There is plenty of time to think about it and see what happens over the next few weeks. I’ll leave the tough decisions to Nige.

Dad also has plenty to ponder in terms of the Cheltenham target for Bristol De Mai, who was unbelievable in the Peter Marsh Chase.

We’ve always known he had the ability to put up a performance like that, but the manner in which he beat some smart horses got everyone pretty excited.

Bristol De Mai is now rated 166, and that’s the sort of mark you need to be a proper Gold Cup horse. He’s been very lightly raced so far this season and has been looked after with the big end-of-season prizes in mind. Let’s hope it rains before Cheltenham as he loves the mud.

Nige, Daryl Jacob, who rode Bristol De Mai, Aidan Coleman and I went racing together that day and, as you can imagine, it was good fun going home in the car.

I was disappointed not to initiate a Grade 2 double at Haydock aboard Politologue in the novice chase, but he lost absolutely nothing in defeat.

He jumped tremendously well and was just undone by conceding the winner, Waiting Patiently, 3lb. The pair pulled 20 lengths clear of the third, and I reckon it is rock-solid form.

Politologue has such a high cruising speed that I am sure he will thrive in faster-run races where he can be covered up in the early stages.

And don’t worry about the fact he sweated up in the Haydock preliminaries. That’s just the way he is. It doesn’t affect his performance in any way.

My other two rides at Haydock, Crievehill and Splash Of Ginge, also ran well. The former, who remains for sale, is being prepared for the County Hurdle, while we’re going to get Splash Of Ginge qualified for the Pertemps Final.

After the forecast odds-on favourite A Hare Breath was declared a non-runner for the novice chase at Leicester on Tuesday it became apparent that my mount Romain De Senam had a straightforward task.

When you are riding a 1-20 shot in a three-runner race the horse is naturally expected to win easily, and you just want to get a clear round and score without any alarms.

Obviously it would have been a major shock if Romain De Senam had got beat, but these things can happen in racing.

I remember Southfield Vic getting turned over at 1-8 in a match at Exeter last winter, and I have lost on other long odds-on shots too. They are always hard to deal with.

Thankfully Romain De Senam never gave me an anxious moment, and won without knowing he had been in a race.

He’d have done more in a piece of work at home and makes a quick reappearance at Doncaster on Saturday.

Winning on The New One was special, but so was the news that Ryan Hatch is out of bed and walking for the first time since his fall at Cheltenham in early December. Hopefully we’ll have Hatchy home before too much longer.

Even though Politologue ran a great race at Haydock I was really disappointed that he got beat.

It was very kind of Cheltenham to allow horses to have a school over the cross-country fences this week. The boss sent two on Wednesday - I rode Rocky Creek and Harry Derham partnered Pacha Du Polder - and it was great to give them some practice. Both seemed to really enjoy it.

FIRST PUBLISHED 6:00PM, JAN 27 2017
His record speaks for itself and obviously he possesses loads of great qualities. One is his ability to win ugly