Conditions look right for Mon Lino to strike for Nolan 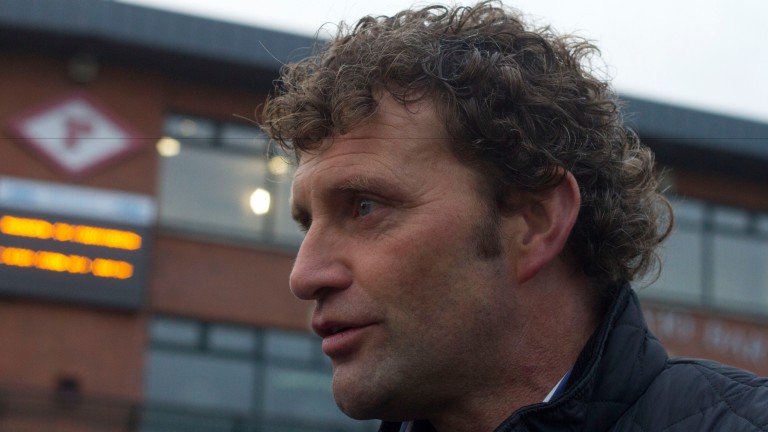 Paul Nolan is hoping that testing conditions at Navan will help Mon Lino bounce back from a poor effort at Leopardstown's Christmas meeting.

Nolan runs Mon Lino and Monotype in the 2m4f handicap hurdle (1.35), the most valuable event on the card, and speaking yesterday he said: "Mon Lino was very disappointing at Leopardstown where he was pulled up. We think we've him freshened up for tomorrow and he seems well.

"The ground will be more testing than it was at Leopardstown and that will be in his favour. Prior to Christmas, his form this season had been good."

Monotype got off the mark over hurdles at the seventh attempt when landing a novice event at Limerick last month.

Nolan added: "I was surprised the handicapper put him up 9lb for his Limerick win as he was quite exposed going into the race which might not have been that strong a contest. He'll need to have improved as this will be much more competitive.

"He did win a couple of races on the Flat in England and was rated 96 but his hurdles form before Christmas didn't amount to much."

The Nolan pair face eight rivals, with the Jarlath Fahey-trained Returntovendor, who scored over the trip at Punchestown on New Year's Eve, the most recent winner in the line-up.

JP McManus has a strong hand in the 2m rated novice hurdle (2.25) in which he will be represented by the Liz Doyle-trained Gran Geste, who won a maiden hurdle over the course and trip last month, and Barry Geraghty’s mount Spades Are Trumps, who landed a maiden at Punchestown in November.

Gavin Cromwell, trainer of Spades Are Trumps, said: "We took him to Leopardstown on Tuesday where he cantered with Espoir D'Allen. He's in good order and hopefully he'll be thereabouts."

FIRST PUBLISHED 6:00PM, JAN 19 2018
The ground will be more testing than it was at Leopardstown and that will be in Mon Lino's favour