Conditional delighted after being discharged from hospital 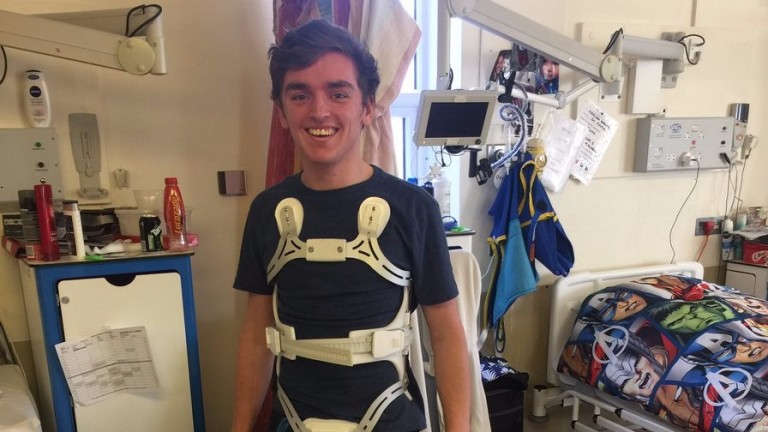 Jump jockey Ryan Hatch, who was confined to his bed after a fall at Cheltenham on December 9 left him with a haematoma on his spinal cord and fractures to his neck, vertebrae and sternum, was discharged from hospital on Tuesday and will spend the rest of his recovery at Oaksey House in Lambourn.

The conditonal, who is based with Nigel Twiston-Davies and was staying in a spinal injury unit in Salisbury, was speaking as he travelled to the home near Bourton-on-the-Water he shares with weighing room colleague Tom Bellamy.

From next week, he will be an on-site patient at Oaksey House from Mondays to Fridays. Hatch, who only took his first steps since the incident on Thursday, said: "I found out this morning they were happy for me to leave. I could've stayed and done physio there, but I told them about Oaksey House.

"Last week was massive and everything started to click and come together over the weekend.

"The first few days I was like Bambi on ice, but things have fallen into place and I need to start cracking on. Obviously plenty of rest, but plenty of physio as well, which I'll get at Oaksey - everyone knows the amazing things they can do there."

FIRST PUBLISHED 4:29PM, JAN 31 2017
Last week was massive and everything started to click and come together over the weekend