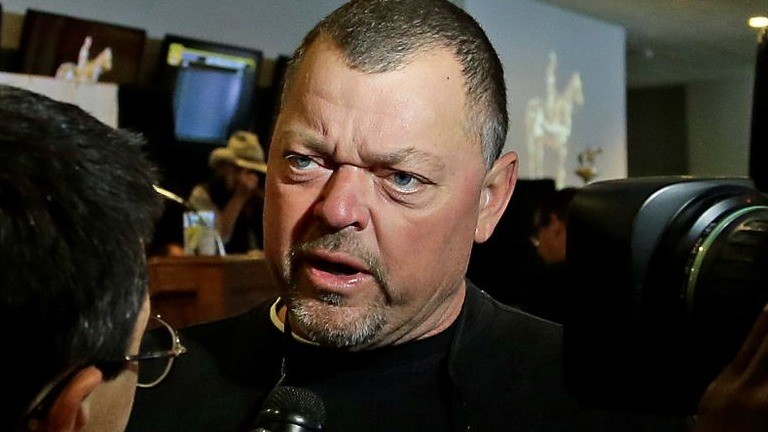 The New York Racing Association (NYRA) and the Stronach Group, which owns Santa Anita among other venues, have barred Eric Guillot from entering horses or having stalls at their tracks in response to the trainer's use of a racially insensitive name given to one of his horses.

The furore over a horse named Grape Soda, who won at Aqueduct on Friday, was stoked by a tweet from Guillot on January 1 in which he posted a picture of the horse and wrote: "This colt will run next week and has [a] unique name in honour of a TVG analyst."

The tweet contained a black raised fist emoji and appeared to be a thinly veiled reference to Ken Rudulph, a presenter on US television network TVG, who is black.

Originally the horse was named Kersetter before it was changed at Guillot's suggestion to Grape Soda, which can be used as a racist term for a drink stereotypically associated with black people.

"At this time, he will no longer be permitted to enter horses at any NYRA track nor will he be allocated stalls on NYRA grounds. In addition, we will review what further steps may be available to us. Our racing community is diverse and we stand for inclusion."

As for the impact on the Grade 1-winning Guillot, though he has won 259 races and compiled earnings of slightly more than $13 million in a career dating back to 1991, his runner in Friday's race was believed to be his last as a trainer. He sent out a tweet on Saturday that said: "First day of retirement is going awesome."

TVG issued a statement on Saturday praising NYRA and saying it will not air races involving Guillot, should he return to the sport.

Grape Soda, whose name was deemed ineligible by the Jockey Club on Saturday, was claimed following his victory at Aqueduct and renamed Respect For All by his new owner Lawrence Roman, who will donate ten per cent of his gross earnings to the Backstretch Employee Service Team at NYRA courses.

Tom VanMeter excluded from Keeneland in the wake of racist comments

Maddy Playle: if racing is to develop it's vital it listens to those who speak out on race