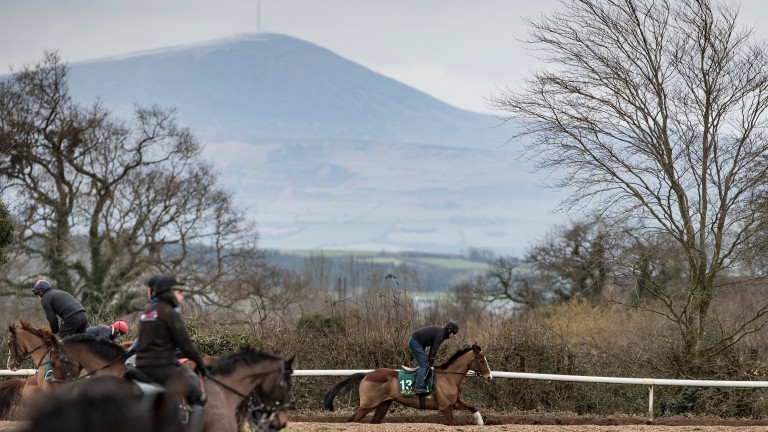 Faugheen stretches his legs at Willie Mullins' yard: news that he was injured leaked out
Patrick McCann
1 of 1
By Jon Lees UPDATED 12:37PM, JUL 17 2018

Allegations that a vet working for Ireland's champion jumps trainer Willie Mullins passed on inside information that Faugheen was lame shortly before he was ruled out of the 2016 Champion Hurdle were described as "a complete fantasy" at a BHA inquiry in London on Monday.

Senior counsel Stephen Lanigan-O'Keeffe said the claim that Tim Brennan, who treated the then reigning champion, had tipped off his brother Michael, who then placed a series of lay bets on the horse on Betfair, "simply has no credibility".

Brennan is charged with conspiring with his brother between January 24 and February 20, 2016 to commit a corrupt or fraudulent practice by passing on inside information about an injury picked up by Faugheen before it became public knowledge, which he obtained as the horse's vet, and which might have been used to gain an unfair advantage in the betting market and/or enabling or assisting his brother to cheat at gambling. He denies the charges.

The inquiry heard that Michael Brennan was one of several individuals to place lay bets on Faugheen before he was ruled out of the Cheltenham Festival by Mullins on February 17, 2016.

These included a punter who started to lay the horse within 20 minutes of Michael Brennan, suggesting, according to Lanigan-O'Keeffe, that there was a source "other than Mr [Tim] Brennan".

Phone records provided by Tim Brennan show a number of calls between the vet and his brother, including a three-second missed call made shortly before the first lay bet was placed, which the BHA suggests was returned by Michael Brennan, who has not cooperated with the investigation.

The barrister asked BHA investigator Jon Dunn: "What is the evidence against Mr Brennan?"

Lanigan-O'Keeffe said there was ongoing contact between the brothers because their mother was dying and Tim Brennan's daughter was critically ill.

"You're inviting the panel to conclude on the basis of a phone call, which there is no evidence was made, and in the face of a denial by a professional man that he has committed an offence," said Lanigan-O'Keeffe. "The documentary evidence makes the whole scenario a complete fantasy."

He said there were a number of promising leads to the source of the information, but none connected to his client, who was not a punter.

"I would suggest to you that if you take the lack of evidence in conjunction with the positive documentary evidence and the lack of gambling activity by Tim Brennan, his frankness and degree of cooperation, this case simply has no credibility." 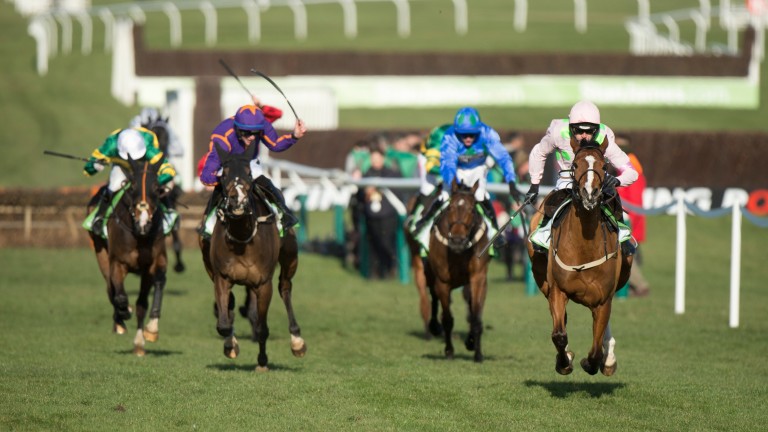 Faugheen in his pomp: winning the 2015 Champion Hurdle
Edward Whitaker

Dunn said: "I recognise the cooperation. Michael Brennan laid Faugheen. There's an obvious relationship and attempted contact, and from that it's possible to infer a returning call was made from which there was an opportunity to pass inside information."

Mullins earlier gave evidence by phone, after which disciplinary panel chairman Philip Curl QC wanted to make clear "there is not now, nor ever been, any allegation of impropriety by Mr Mullins".

The trainer said he made all the decisions about his horses, and ruling on whether Faugheen would run was not part of Brennan's brief.

He said Faugheen was sore after running in the Irish Champion Hurdle on January 24 and did not work until February 15.

He told BHA counsel Philip Evans it would have been him, and not Brennan, who decided when he could work again.

Mullins said: "I had it in my mind I had to start then to get him ready for the middle of March."

From what he could recall, Faugheen appeared to be fine after the exercise and was due to be ridden out the next day, when he was found to be lame.

He spoke to Brennan by phone on February 15 and the day Faugheen was ruled out, but Mullins said this could not just have been about Faugheen but "any number of horses".

"Tim's was an important opinion at that time," said Mullins, adding: "I could see myself the horse wasn't fit to be trained for Cheltenham. It was obvious. It would have been obvious to a lot of people on the Tuesday.

"He wasn't right. I wanted to wait another day but it wasn't getting better. You wouldn't have needed a veterinary opinion at that stage."

Evans asked: "Did Tim Brennan tell you on February 15 Faugheen wouldn't be ready?"

Mullins said: "No. He wouldn't have been able to say that."

FIRST PUBLISHED 7:35PM, JUL 16 2018
I could see myself the horse wasn't fit to be trained for Cheltenham. It was obvious. It would have been obvious to a lot of people on the Tuesday