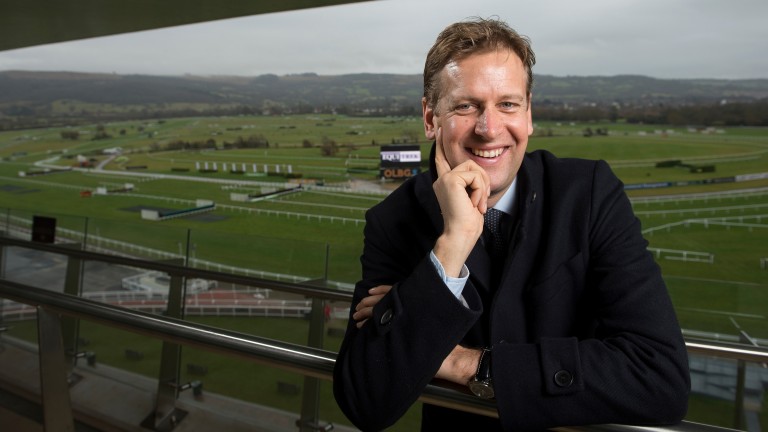 Ed Chamberlin will present the first ITV racing show in over 30 years at Cheltenham on Sunday
Edward Whitaker
1 of 1
By Keith Melrose 5:52PM, DEC 31 2016

ITV Racing launches at Cheltenham on New Year's Day and the reward is a cracking card crowned by a notably competitive renewal of the Relkeel Hurdle.

Camping Ground ended up in the Champion Hurdle following his success last season and trainer Robert Walford said: "Camping Ground is in good form. We had a little bit of a hiccup last time out over fences so we decided to go back over hurdles and see how we get on.

"He won this race on heavy ground last year – we were wondering what he would go on and do afterwards but he lost his way a bit. This year will be very different conditions but we'll have a go and see what happens."

The Dipper Novices' Chase features a more familiar clash between Paul Nicholls and Nicky Henderson. The champion trainer unleashes Clan Des Obeaux, prominent in the betting for the JLT at the festival, up against O O Seven and former classy hurdler Whisper from Seven Barrows.

The Grade 3 handicap chase features Village Vic, placed in the BetVictor and Caspian Caviar already this winter, up against a dozen others including Vaniteux and Quite By Chance.

There will be three other races shown live on ITV: the 2.35 at Cheltenham and the 1.40 and 2.15 from Musselburgh, all competitive handicaps.

FIRST PUBLISHED 5:58PM, DEC 30 2016
This year will be very different conditions but we'll have a go and see what happens