Latest AROUND THE TRACKS 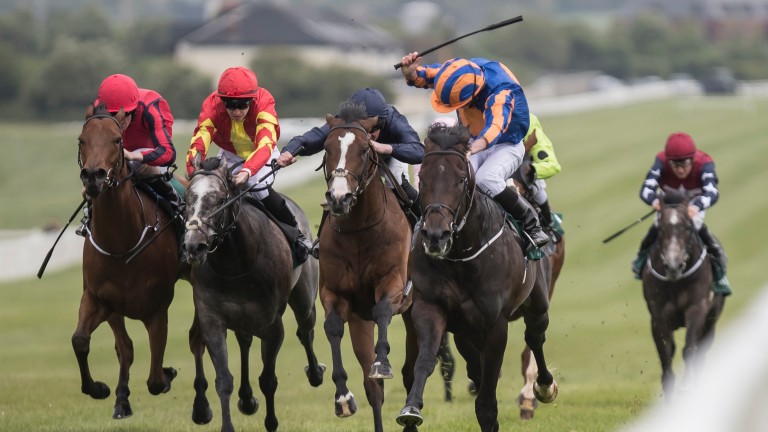 Sioux Nation, last year's Norfolk Stakes and Group 1 Phoenix Stakes winner, got off the mark at the second time of asking in his three-year-old campaign with a comfortable length-and-a-quarter success in the Group 3 Goffs Lacken Stakes.

The colt, who clearly goes well on Ascot's undulations, was left unchanged as the 8-1 joint second-favourite for the six furlong Commonwealth Cup, in what looks a competitive contest.

Despite drifting from 11-8 to 15-8 on course, the Aidan O'Brien-trained son of Scat Daddy travelled well on the far side of the course under a motionless Ryan Moore, before kicking clear with just over a furlong to go.

He headed home a 1-2 for O'Brien, with the well-supported Fleet Review fending off Speak In Colours to fill the runner-up berth under Seamie Heffernan.

The Listed Coolmore War Command Rochestown Stakes featured five juveniles, who had a combined record of six victories from seven races. You wouldn't have expected to have seen a 2-7 favourite.

However, so highly is Aidan O'Brien's Sergei Prokofiev regarded, the son of Scat Daddy, who was the only runner in the line-up to have previously tasted defeat, found himself having to defy ridiculously skinny odds. 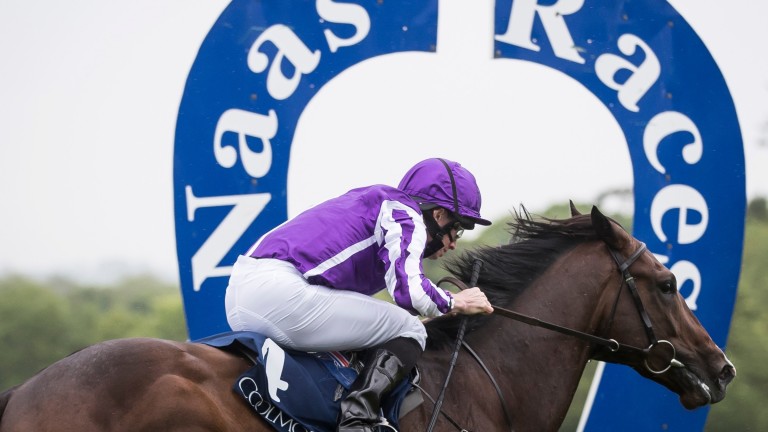 Mind you, he did so with ease as he romped clear under Ryan Moore to win by an ever-increasing four lengths.

He's likely to be a warm order on his next start, which is thought to be the Coventry Stakes at Royal Ascot, a race which his trainer won in 2016 with Caravaggio, with Paddy Power shortening the scopey type to 11-4 (from 7-2).

Harrington fillies fight out the finish

Jessica Harrington looks to have two nice fillies on her hands in the shape of Servalan and Chicas Amigas as the two drew clear to fight out the finish of the Listed Coolmore Stud Irish EBF Fillies' Sprint Stakes, with the former coming out on top under Seamie Heffernan. 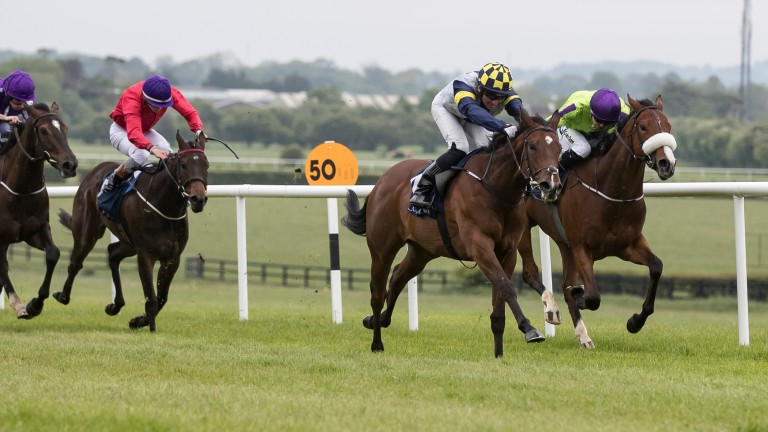 Supported into 10-1 (from 18) at the off, Servalan, who looked unlucky not to win on debut at Dundalk when short of room, showed professionalism to fend off her stable companion and earned quotes of 16-1 for the Albany Stakes at Royal Ascot.

Aidan O'Brien's good day hit a bump in the road as the well thought of So Perfect, who scored impressively on debut, could only finish fourth as the 4-9 favourite.

Jersey Stakes on the radar for Bear

The Jessica Harrington-trained Brother Bear, a three-year-old son of Kodiac, could be set for a crack at the Jersey Stakes at Royal Ascot next month following a comfortable length success in the Listed Owenstown Stud Stakes at Naas.

Hugging the rail throughout, last year's Coventry Stakes fourth, who was sent off the 5-2 favourite, showed an exciting turn of foot to hit the front in between the last two furlongs before holding on under hands and heels from the rallying Riyazan. 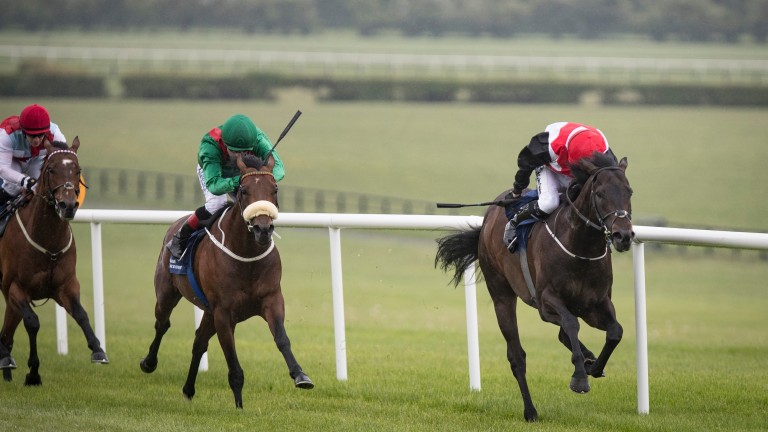 Rider Colm O'Donoghue said: "He was possible unlucky not to win the Coventry last year and it's good to get his head in front."

You won't see many easier winners of a Grade 1 over jumps. Francois Nicolle's De Bon Coeur, who was coming into the Grande Course de Haies d'Auteuil on the back of just her second career defeat from 12 starts, got her career back on track with a supremely impressive display as she coasted home to land the valuable prize. 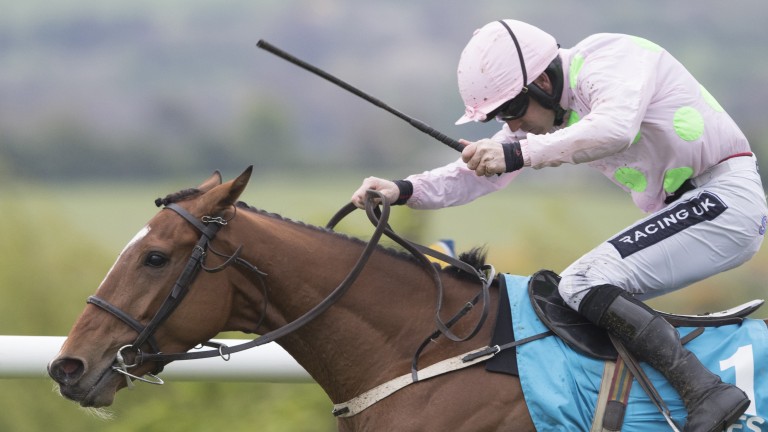 Ridden by Thomas Gueguen, De Bon Coeur travelled supremely well through the 3m1½f contest – passing the pacesetting Yorkhill, one of four Willie Mullins challengers, as they turned for home.

Moved across to the stands' side, De Bon Coeur picked up in exceptional style to sprint away from her rivals and Gueguen could even afford a loving pat down the neck with a furlong to run.

Although Yorkhill, Killultagh Vic and Coquin Mans disappointed, Mullins did pick up just over £68,000 prize-money as Bapaume, a 28-1 chance, finishing second under Jacques Ricou.

No luck for Mullins with Djakadam

Willie Mullins' bid to land his first Grade 1 Grand Steeple-Chase de Paris faded early on the last circuit as Djakadam, who jumped with enthusiasm throughout, faded under David Mullins over the 3m6f trip and was out of sight coming round the final bend.

The race still provided a thrilling finish with the 11-4 favourite Perfect Impulse looking likely to hold on all the way up the straight before being collared late on by James Reveley aboard the Guillaume Macaire-trained On You Go.

Macaire was recording his fifth victory in the race from the last six runnings.

FIRST PUBLISHED 2:56PM, MAY 20 2018
He was possible unlucky not to win the Coventry last year and it's good to get his head in front