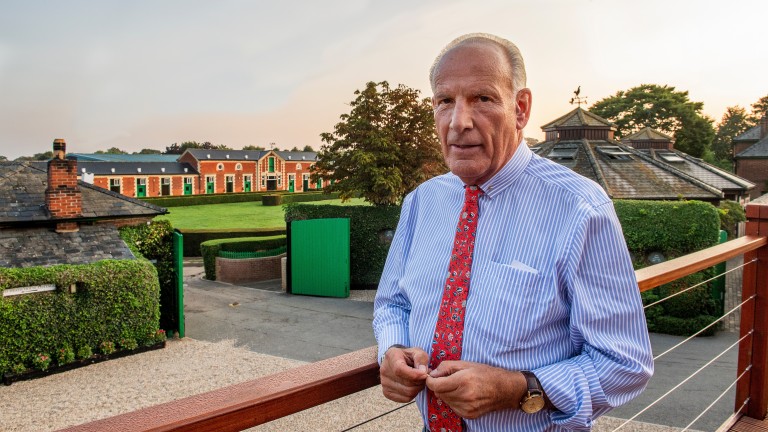 A bet struck a year ago between trainers Charlie Fellowes and Sir Mark Prescott has finally been settled, the payout being the latter agreeing to open up his historic Heath House yard for the first time at this year's Henry Cecil open weekend on September 22.

The terms of the original wager seem to have been lost through the mists of time with Prescott, who is not happy about having to show anything to the public, insisting he has been "put away" by open weekend chairman Fellowes, who took over organising the event from Sara Cumani in 2018.

The deal was originally thought to be that Fellowes, who is not averse to sporting the odd five-o'clock shadow on the gallops, would remain clean shaven on Newmarket Heath for a year in order for Prescott to pay out.

Prescott, who at the time said he would follow Fellowes around the heath "like a labrador" to check if his face had made contact with a razor blade, duly caught Fellowes out a couple of months ago. The latter insisted the bet was just for six months, but Prescott disagrees.

He said: "My good name has been exploited by Mr Fellowes, who has put me away and reneged on the terms of the bet. The original wager was that if I found him unshaven on any morning over the past 12 months I would not have to open the yard, but this seems to have morphed into having shaved once a day only for six months. To keep my good name, however, I have decided to open between 9am and midday on September 22 on a strictly one-off basis."

As Heath House is adjacent to Warren Hill where the likes of Enable will be cantering on the same morning between 8am and 9am, Prescott can expect plenty of business.

He added: "As Heath House is quite small we'll be taking parties of 20 people on tours around the place strictly on a first-come first-served basis." 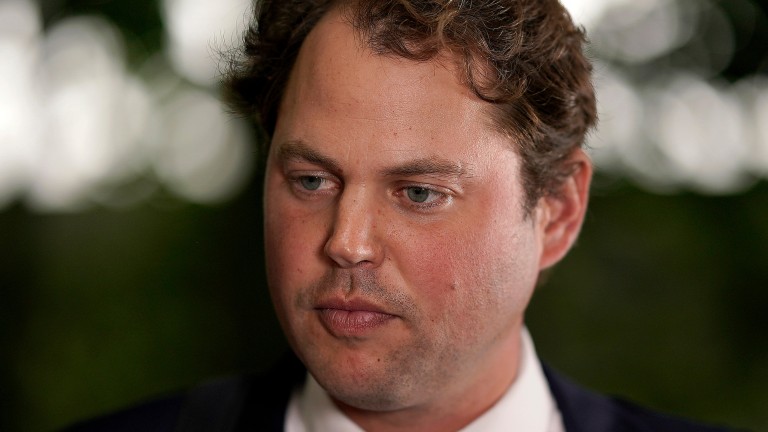 Charlie Fellowes: has exploited the good name of Sir Mark Prescott, according to the Heath House trainer
Alan Crowhurst/Getty Images

Built in 1861, Heath House is the oldest working yard in Newmarket and among the treasures are three stables that were once used as sweat boxes by the legendary Fred Archer. For the more macabre, the skin of the mighty St Simon can be viewed in a glass case.

Prescott added: "I'll keep my end of the bargain, but it seems to me that in his ambition to do good for Newmarket, Mr Fellowes has become even more Machiavellian than his predecessor Mrs Cumani!"

FIRST PUBLISHED 6:00PM, SEP 3 2019
It seems to me that in his ambition to do good for Newmarket Mr Fellowes has become even more Machiavellian than his predecessor Mrs Cumani!