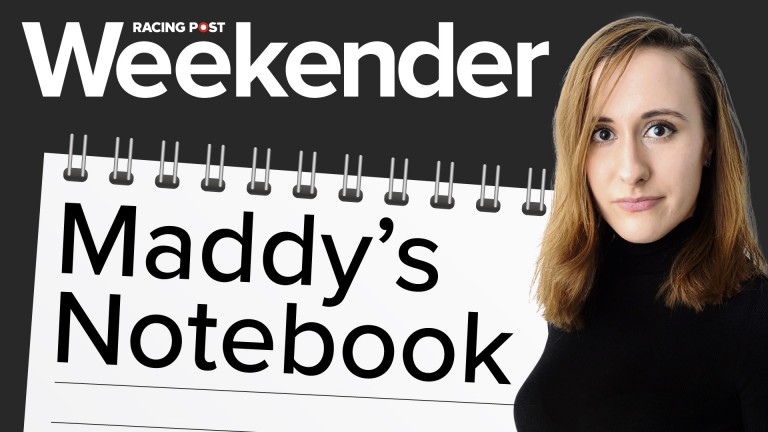 I've tipped three horses this jumps season who have come to grief only to win next time out and I'm hopeful this week's selections don't joinCoole Cody, Tokay Dokey (has Grand Annual written all over him) and Farinetinwhat is becoming a frustrating trend.

First port of call is Kempton for the Coral Lanzarote Handicap Hurdle (2.40), which could feature a handful of progressive types like Cobblers Dream, Brief Times and On My Command, who are at the top of the market.

However, this race has gone to two topweights in Saphir Du Rheu and William Henry in the last decade and I think Ch'Tibello, who currently has just Dandy Mag and Call Me Lord above him in the handicap, has a cracking shout.

He's an 11-year-old now but has only been seen eight times since his County Hurdle win off 4lb higher andeven last season he was posting efforts nearly in the 150s on Racing Post Ratings.

He was never in with a chance on reappearance when fifth at Newbury but put in a much more promising effort at Hereford last time, where he got involved in some scrimmaging around the home turn before running on to be a seven-length fourth under a 7lb claimer.

He clearly needs this 2m5f trip these days and, although he might no longer be good enough to regain his County crown, I reckon the Skeltons think they can grab another decent pot withhim before he retires.

Warwick's Classic Chase fixture is underrated in my view and it was lucky for me last year as Notachance was a 5-1 winner (sent off 7-2) of the feature for this column.

Much of the race this year will revolve around that horse, who is back down to the same mark, and Corach Rambler, who also has the option of the novice chase on the same card.

Although he has been campaigned for this, Notachance has still been running really poorly and his trainer Alan King is 0-29 in the last fortnight, so he doesn't appealas much now.

I'm a big fan of Corach Rambler and he could feasibly still be ahead of his mark, but he can race awkwardly and I'm not convinced this track will suit. As an unconfirmed runner at the top of the market,I'm again happy to look elsewhere for a spot of value.

The one who fits the bill is Captain Tommy, who has been hinting at a return to form and is 2lb lower than his last winning mark.

He won the Staffordshire Chase off 122 on his first start for David Bridgwater in May and, following a few quiet efforts, ran a decent race when fourth at Exeteron his penultimate start, despite hanging left late on.

He wasthen travelling very kindly goinghis preferred way around at Cheltenham on New Year's Day only to be taken out by Destinee Royale, who fell in front of him five fences from home.

He looked sure to be involved then so makes plenty of appeal off the sameratingand at a juicy price here, especially given it's due to be a dry week and he excels on good ground.

Admittedly, he can throw in some hairy leapsand doesn't win very often, but I'm convinced he'll besuited by the idiosyncrasiesof this trackas he's run some of his best races at Bangor, which isn't too dissimilar,so he's worthchancing.

Henderson novices dominating– and he's not done yet

Nicky Henderson already has the two best novice hurdlers in Britain and there is a possibility he could have all three of the major novice hurdle races at the Cheltenham Festival sewn up.

Jonbon and Constitution Hill both look top class and that's before you add in two-time winner Balco Coastal and Walking On Air, who is highly regarded and pencilled in to make his hurdling debut on Friday.

I was at the track for both Jonbon's Kennel Gate and Constitution Hill's Tolworth and they seem quite different prospects.

Jonbon is a buzzy character who walks around with an air of elegance, whereas Constitution Hill is more relaxed and stockier in appearance.He is the Faugheen to Jonbon's Vautour, if you will.

When it comes to the Supreme, I agree with the market and I'd haveConstitution Hill on top. He appears bombproof in temperament, is versatile when it comes to ground and is a strong stayer at thedistance.

However, because of this he is the likelier candidate to go over the Ballymore trip, and that may be an option Henderson chooses to explore if he thinks he can win both races rather than just one.

Either way, it leaves a Seven Barrows-sized space in the Albert Bartlett, butthat might not last for long.

There doesn't appear to be manyhorses standing in the way of Blazing Khal at the moment but if Surrey Quest wins the Leamington Spa Novices' Hurdle (2.25) on Saturday then he could shoot towards the top of the market.

He was second to his speedier stablemate Russian Rulerin a bumper at this track and has won novice hurdles at Leicester and Doncaster despite looking far from the finished article.

Indeed, Nathan Brennan allowed him to hit the front a mile too soon when we last saw him and he wandered around without any company, so I don't think we've seen anything like what he's capable of –yet still recorded an RPR of 130 and was given an official rating of 135, which isn't too shabby.

Henderson has run just two horses in this race since 2012. Keen On finished fourth of four in 2020 but two years earlier Mr Whipped stormed to victory before taking in the Albert Bartlett, so it is interesting that Surrey Quest is his sole entry.

The five-year-old's dam isalso half-sister toMasters Hill, who was second in the race to Deputy Dan in 2014, so he's clearly built for the job.

He shapes as if he'll come forward for running in a much stronger race, so this isa neat opportunity to get involved.

FIRST PUBLISHED 10:00AM, JAN 12 2022
He clearly needs this 2m5f trip these days and I reckon the Skeltons think they can grab another decent pot with him before he retires

Three more great clashes I'd love to see - and even the diehards may be won over 'I was like a film star' - Britain's first female jump jockey on a different era So fitting that doors are open again for one of Irish racing's great occasions Shishkin triumph was redemption for Nicky Henderson - and Lambourn loved it Two decent chances on Trials day at Cheltenham - plus a mini stable tour Still work to do on racing's Drive To Survive - but we have to make it happen
Bookmaker
Price
E.W. Terms
bet365
Open Account
Ladbrokes
Open Account
William Hill
Open Account
Coral
Open Account
Paddy Power
Open Account
Betfair
Open Account
Sky Bet
Open Account
Sporting
BetVictor
Boylesport
888sport