Come one, come all: join in the fun at Ascot for a Champions Day extravaganza 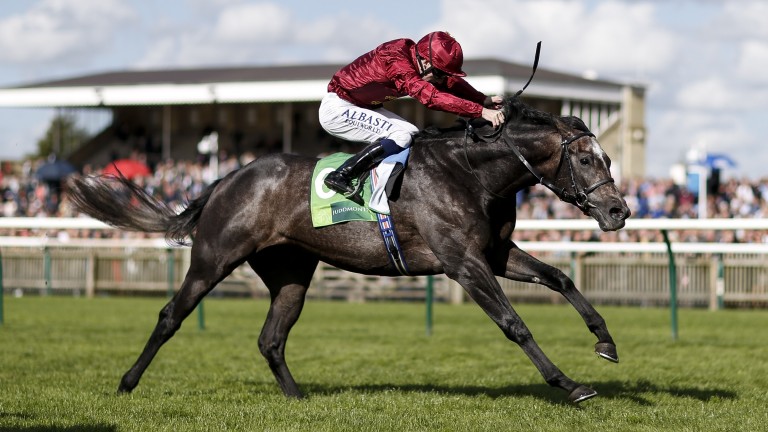 Roaring Lion: one of four stars out to show their claws for John Gosden
Alan Crowhurst
1 of 1
By David Baxter UPDATED 1:35PM, OCT 20 2018

Roll up, roll up for a celebration of Flat action at Ascot's big top on Saturday as four spellbinding Group 1s make for a magical afternoon on British Champions Day.

John Gosden is the ringmaster for this season's Qipco-backed fixture, with four lions who could well and truly tame the bookmakers. Cracksman, Roaring Lion, Lah Ti Dar and Stradivarius will be rolled into a four-timer on betting slips to leave the layers millions out of pocket and punters quids in if they all win.

Gosden and Aidan O'Brien square off at the head of the market in all but one of the Group races, with the exception being the Champions Sprint, in which The Tin Man will try to follow the yellow brick road to glory for James Fanshawe. Attempting to stop him will be last year's winner Librisa Breeze, and Harry Angel.

Once the Group 1 and Group 2 action has concluded, attention turns to the Balmoral Handicap, in which an ultra-competitive field of 20 will do battle. Should favourite Raising Sand (Nicola Currie) or Humbert (Josephine Gordon) land the spoils it would be first victory at the fixture for a female jockey.

Whatever happens over the course of the six races, it will be fun for all the family – with the day's official charity Racing Welfare a guaranteed winner.

Dettori out to dazzle

Like fish and chips and jelly and ice cream, Frankie Dettori and Ascot is a perfect pairing. The jockey's Magnificent Seven at the course in 1996 will forever make him synonymous with the track, and he has another tantalising book of rides on Saturday.

Stradivarius (Long Distance Cup, 1.25), Lah Ti Dar (Fillies & Mares, 2.40) and defending Champion Stakes hero Cracksman (3.50) will prove a popular treble for punters hoping for more acrobatics out of the saddle, while bookmakers will be on their knees if the short-priced favourites prevail in their Group 1 assignments.

If Dettori lights up the afternoon the atmosphere could be reminisicent of that incredible day by the time Argentello lines up in the Balmoral Handicap (4.30).

The meeting celebrates not only the here-and-now achievements of jockeys, but also crowns the champions of the season, with Silvestre de Sousa and Jason Watson this year's champion jockey and champion apprentice. 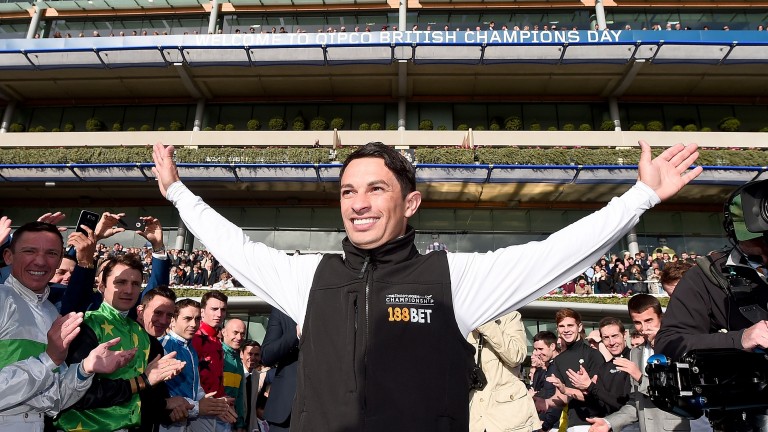 Silvestre de Sousa: will be in attendance to collect his third jockeys' crown
Eamonn M. McCormack
A ban means De Sousa will not be able to ride at the meeting, and its severity irritated the now three-time title-holder to the extent his presence was in doubt, although he has decided to attend.

For apprentice champion Watson, the season has been on an unrelenting upward curve, and he reached the milestone of a century of winners for 2018 at Redcar on Friday – some uptick from his two successes last year.

Gallant Gabrial back for more

Frankel is now busy being a top-class stallion after ending his stellar unbeaten career at Champions Day in 2012, but one of his opponents is still returning to the meeting, with the Richard Fahey-trained Gabrial lining up for a fourth time.

Now nine, Gabrial tussled with Frankel in the 2012 Sussex Stakes and, like all his opponents, had to cry uncle, finishing third.

Fahey said of his stable stalwart: "He's a legend. Marwan [Koukash, owner] was very keen to run him, and while he doesn't win many these days he does outrun his odds. It looks a tough race this year and we'll need a few to underperform to be placed, but you never know."

A dry day is forecast at Ascot, and if that is borne out on Saturday, clerk of the course Chris Stickels is anticipating a change to the going description.

On Friday it remained soft on the straight course, soft, heavy in places on the round course, but Stickels said: "We've had a nice fine afternoon. The ground is improving slightly as time goes on. There's no going change but I anticipate one tomorrow given the forecast before racing.

"We'll see what happens overnight. There's the risk of some mist and patchy fog in the morning which will keep the moisture level fairly high. The forecast is for a bright, fine day, with sunny spells and highs of 17C."

Queen Anne enclosure tickets are still available on the gate.

The stars of the show may be on track, but there is so much going on at Ascot on Champions Day you'll want to get there early for the full experience.

Fan zones have become a popular pre-game medium at football grounds, and among the offerings at Ascot's equivalent is the chance for young supporters to meet an ex-racehorse, experience what it's like to ride on an Equicizer and have their face painted.

A parade of Olympians precedes the crowing of this season's champion jockeys at 12.20, while one lucky racegoer will be driving off in a brand new VW Polo as part of several free competitions on the day. A student-only prize draw is also likely to be popular, with the prize a £5,000 contribution towards rent for the year.

Once the racing is over, it will be the turn of Ella Eyre and DJ Jax Jones to wow the crowds as the headline acts for the afterparty.

So take the family, a copy of the Racing Post and your dancing shoes for a day to remember.

The New One rides again

While Champions Day is taking the headlines, it is well worth remembering there is a jumps season bubbling up and at Ffos Las, the Dunraven Group Welsh Champion Hurdle (4.25) deserves its fair share of attention.

Since its move from the depths of winter to the relative calmer weather of October two years ago, the 2m handicap has been won by classy sorts Garde La Victoire and The New One.

Nigel Twiston-Davies has once again taken this route with his talented stable stalwart and hands Zac Baker another opportunity on the ten-year-old, after the amateur jockey guided him to success 12 months ago. 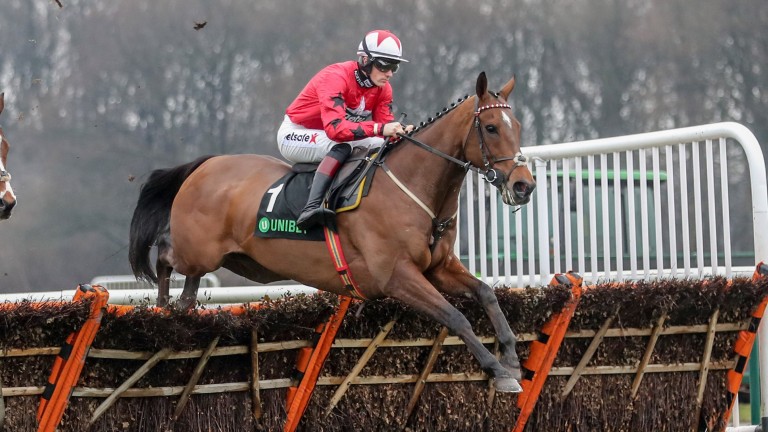 The New One: out to retain the Welsh Champion Hurdle
JOHN GROSSICK (RACING POST.COM/PHOTOS)
Of The New One, now aged ten, Twiston-Davies said: “He’s great. He summered very well. Zac Baker gets a chance on him again. We’re heading back to Ffos Las because the ground is a problem at Kempton. It’s not their fault – a lack of rain doesn’t help. He’s in good form and we’re planning a similar campaign with him to last year.”

Swinton Hurdle winner Silver Streak returns from his break off a 7lb higher mark, while Cheltenham Festival ace Le Prezien reverts to hurdles on his reappearance.

FIRST PUBLISHED 6:00PM, OCT 19 2018
Dettori's Magnificent Seven at the course back in 1996 will forever make him synonymous with the track, and he has another tantalising book of rides

Shishkin v Energumene round two could be 'even more exciting' - Henderson Shishkin is triumphant on a day when it was good to have shares in goosebumps 'I don't think there's been anything better, and I felt lucky to be there' Clarence House analysis: start was crucial in giving us the contest we craved 'One of the best I've ever been in' - stunning Shishkin beats Energumene in epic Plan A pays off for Dan Skelton as Molly Ollys Wishes headlines 41-1 treble