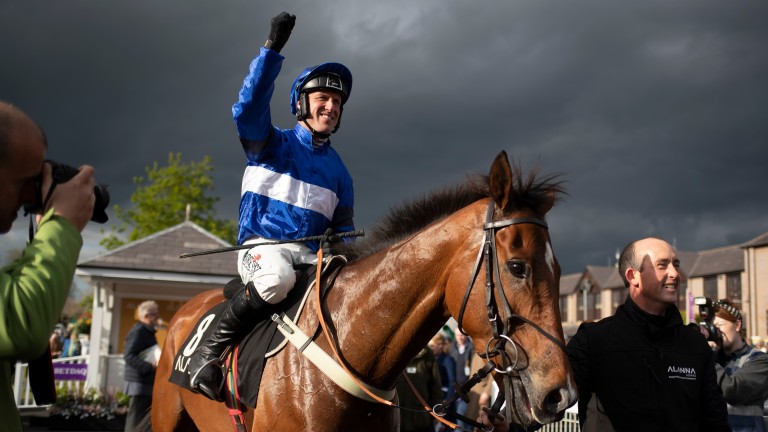 Reserve Tank: topweight has won Grade 1 races at Aintree and Punchestown
Patrick McCann (racingpost.com/photos)
1 of 1
By James Stevens UPDATED 7:03AM, MAY 12 2021

Colin Tizzard believes he has found the “right race” for dual
Grade 1 winner Reserve Tank to bounce back to form, as he takes on just five rivals in front of the ITV4 cameras.

The seven-year-old, who won his top-level contests at Aintree and Punchestown in 2019, has been disappointing in four starts this year but has been dropped a further 4lb for his most recent effort in a handicap at Uttoxeter.

Tizzard, who has trained three winners already this season, thought there was encouragement from that effort and is hoping he can finish his spring campaign on a high.

The trainer said: “We’ve kept him going as he hadn’t been in very good form in the winter. He wasn’t beaten too far last time and it looks like we’ve found the right race.

“We’re just looking for a bit of improvement before we turn
him away and have him for next season.”

The meeting hinges on a 7am inspection on Wednesday after thundery rain left standing water on parts of the track, but if the fixture goes ahead Paul Nicholls looks to have the most likely winner in the form of Mon Frere, who is making his first start in handicap company. The five-year-old was an easy winner at Taunton 21 days ago and could continue to progress.

“He ran well the first day over hurdles – and the form has been franked – then he looked really good the last day,” Nicholls said. “My only issue is the going as he’s never run on slow ground. I think that’s more circumstantial – when he was with Mark Prescott he was either on the all-weather or goodish ground.”

Nicky Henderson won this race in 2012 with Zama Zama and relies on Fix Sun here with the six-year-old making his first start since November. 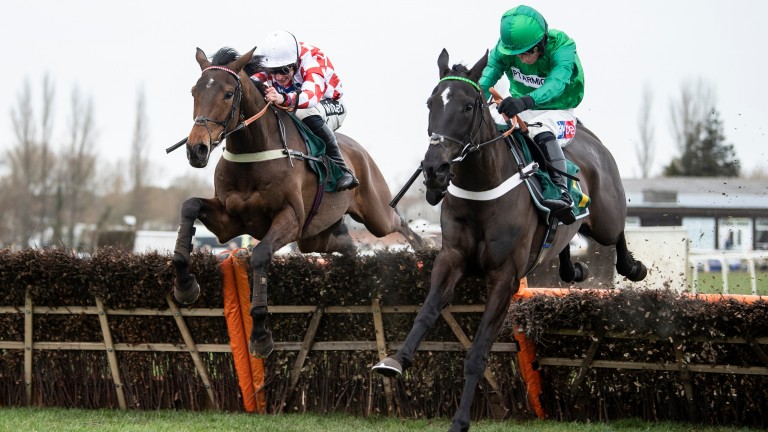 Henderson, who had been hoping for drier ground, said: “He’s had a bit of a break, but seems in good form. He’ll have a bit of a summer campaign after this.”

3.10 York: Regally bred Noon Star bids to live up to her stellar pedigree in the Musidora