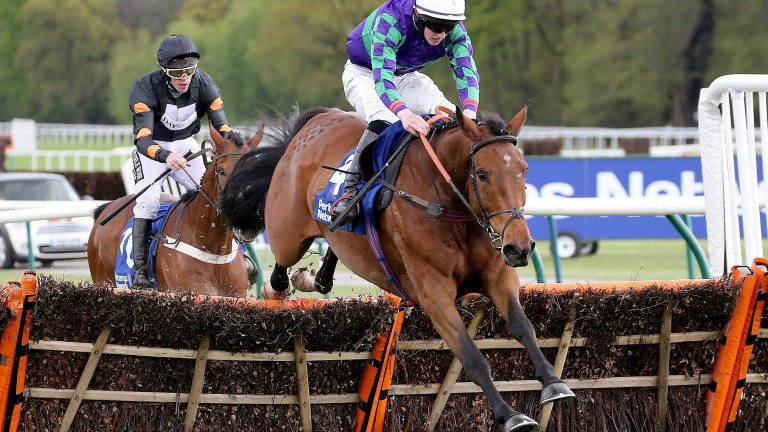 War Sound, who beat seasoned handicappers to win the Swinton Hurdle at Haydock in 2015 on just his fifth appearance, has died at the age of 11.

He also landed an £80,000 chase at Aintree in 2018 and trainer Philip Hobbs said on Wednesday: "It's very sad – he died of colic yesterday. He's been a great horse for a long time.

"I suppose at times he was a little bit disappointing but those two wins, in the Swinton and in a valuable race at Liverpool, were very good."

But War Sound's owners Tony and Beth England and Adrian and Andrew Heywood still have plenty to look forward to next season with Stayers' Hurdle hope Thyme Hill.

Their Challow Hurdle winner is set to be given the chance to stake his claim for Lisnagar Oscar's staying crown, having been hampered twice when a close fourth in the 3m Albert Bartlett Novices' Hurdle at Cheltenham last month. 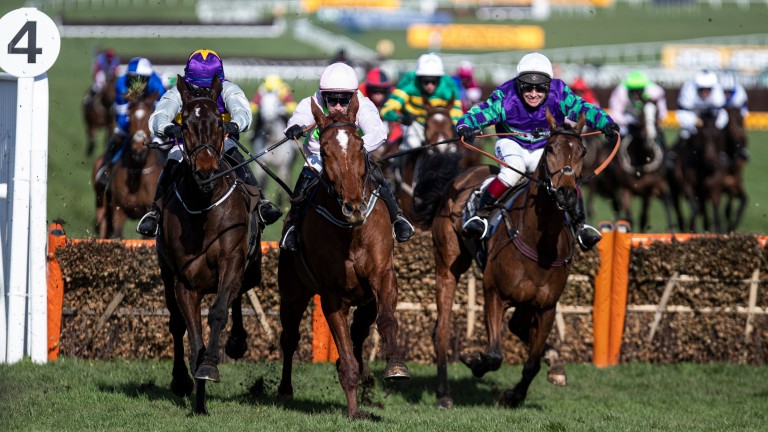 Thyme Hill (right) had to be switched around runners by Richard Johnson at Cheltenham
Patrick McCann (racingpost.com/photos)

"It's very likely he'll stay over hurdles with the Stayers' Hurdle in mind," Hobbs said. "He's schooled very well over fences but I think we'll delay chasing for 12 months.

"He's been getting better with each run over hurdles and he was possibly unlucky at Cheltenham.

"We thought long and hard about what trip we were going to run him over at Cheltenham but unless the ground was desperate we were going to go up to three miles and as it turned out he was staying on extremely well, he just got stopped twice at the wrong time."

Stablemate Sporting John is set for chasing and a reason for his disappointing performance in the Ballymore when seventh has come to light.

"The vet saw him straight after the race and there was definitely something wrong with his hind limbs," Hobbs said. "His hind legs were not working and they should be and he was uncoordinated behind. Nevertheless within a few hours he was perfectly all right again.

"It was extremely odd but there was definitely something amiss and it's extremely likely to have affected his performance. He's been perfectly all right since and we're looking forward to him going novice chasing." 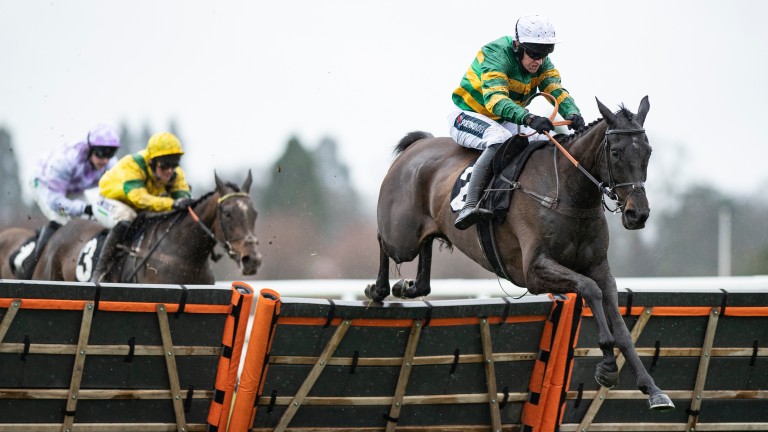 Sporting John: made it three from three over hurdles when scoring at Ascot, a month before Cheltenham
Edward Whitaker (racingpost.com/photos)

Hobbs is also hoping to see seven-time Grade 1 winner Defi Du Seuil bounce back from his odds-on defeat in the Queen Mother Champion Chase and said: "There was no reason at all for his disappointing run but I think we've just got to put a line through it and start again. I'd have thought he'll probably take a similar path to last season."

Jump racing will not resume until July at the earliest and reflecting on the Covid-19 shutdown Hobbs said: "In effect our season finished six weeks in advance, which was an important part for the better horses with Aintree and Punchestown to come, and for the lesser horses was a time to find out on better ground what their future was going to be. That's been deferred to the autumn, particularly with the lack of sales.

"We may have quite a few more to run in August and September that would have been running in April and May. I expect that everyone is probably thinking the same and if it does get under way in July I suspect there will be large fields."

Nicholls on the title race: we'd saved a lot of ammunition – we were on a roll

FIRST PUBLISHED 3:00PM, APR 29 2020
There's no reason why he shouldn't be in the top grade of staying hurdlers