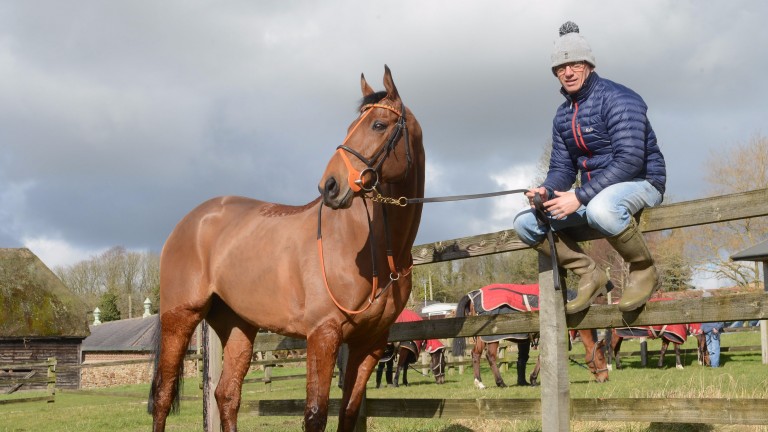 The first, second and third from 2016 renew rivalry, with trainer Warren Greatrex sounding quietly hopeful Cole Harden can reverse form with the two horses who beat him 12 months ago.

The 2015 winner of what was then the World Hurdle is reverting to his usual job after one outing over fences at Wetherby, where he finished a well-beaten second after a far from convincing jumping performance.

Also back over hurdles is L'Ami Serge, who was placed in Grade 1 novice chases at the Cheltenham and Aintree festivals last season but finished second in a three-runner race on his seasonal reappearance at Exeter having jumped continually left.

Last year's Relkeel winner Camping Ground is another whose chasing career is being suspended, but he and everything else in the field will need to produce a big effort to deny 2016 runner-up Lil Rockerfeller, who this term has filled the same position behind Yanworth and Unowhatimeanharry.

Lil Rockerfeller is an absolute credit to connections and also a model of consistency having posted a Racing Post Rating of 162 on his last three starts, the most recent of which was in the Long Walk Hurdle.

Cheltenham is expecting rain on New Year's Day. How much it gets could be crucial to the outcome of this race. Cole Harden is one who would be ideally suited by underfoot conditions remaining good, but defending Relkeel champion Camping Ground loves mud.

Robert Walford, trainer of Camping Ground
He looks like a chaser but you can't afford to make mistakes at the level he runs at, so coming back to hurdles seems to be the right thing to do. He's not completely ground dependent, but soft ground does help him, and it looks like he might get rain. He seems to be in good form.

Andy Smith, part-owner of Lil Rockerfeller
He should have a great chance. Come the race I think the ground will be soft, which will be in our favour, as it will mean you're going to need to stay, which we know our boy does.

Paul Nicholls, trainer of Old Guard and Adrien Du Pont
Old Guard ran very well in the International on ground that wasn't ideal. We've always thought two and a half miles would suit him – he might even end up over further – and I think he has a fair chance. Adrien Du Pont is a chaser in the making. He needs rain but he's a good horse and if the rain comes he could run well.

Nicky Henderson, trainer of Protek Des Flos and L'Ami Serge
I'm looking forward to running L'Ami Serge over hurdles. He wasn't himself when he ran fourth in the Supreme but he'd won the Tolworth before then. He tends to jump left-handed, but more so over fences. Protek Des Flos got into a muddle in his novice chase at Newbury so we've decided to leave fences for this season. He wouldn't mind if it rained all night.

Warren Greatrex, trainer of Cole Harden
He didn't run great in the race last year, having run well on this day the year before, but on both occasions the ground was very testing. If it's not too bad this time I'd definitely give him a squeak, especially as it doesn't look a great race and he gets weight from all but one of his rivals. I'm pretty sure the cheekpieces will make a difference and with them on he could run a hell of a race.

FIRST PUBLISHED 6:00PM, DEC 31 2016
I'm pretty sure the cheekpieces will make a difference and with them on he could run a hell of a race