Coillte Lass out to book her place on the big stage 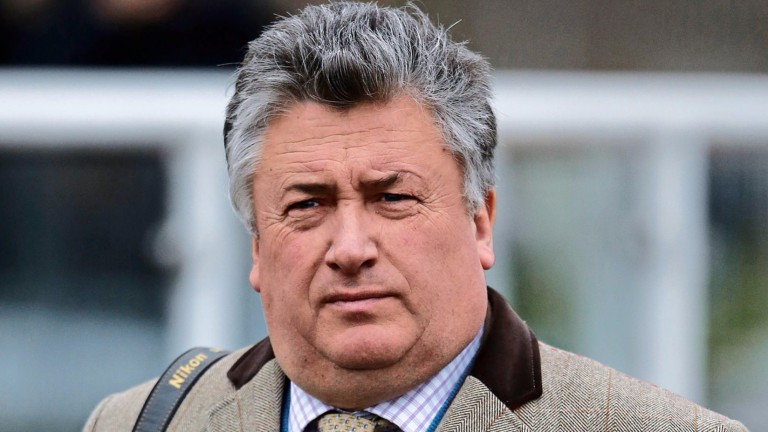 Competing on big days in big races is what Ian Fogg imagined when he established Ditcheat Thoroughbreds and Coillte Lass could take a step closer to a major target by landing this contest.

A successful owner with the likes of Scottish Grand National winner Vicente, Fogg has gained the taste for top-level racing and is hoping to be able to share that with his fellow syndicate members over the months ahead.

He said: “I wanted to start a syndicate that had horses only with Paul Nicholls and had only 'Saturday horses', so it was just a question of braving it out as I bought the horses to start.

“I felt there was a gap in the market for a syndicate to have quality Saturday horses. It’s been amazing and the people who are involved are delightful. I want us to be the best and that’s the aim.”

Coillte Lass, 25-1 for the Trull House Stud Mares’ Novices’ Hurdle at the Cheltenham Festival, has won both her races for the syndicate, the latest of which was a match.

Fogg said: “She’s done really well. Her last race was unusual as there were only two runners, but she showed she has speed and jumps well.

“I leave all the training decisions to Paul but it’s a step up for her. She’s improving and we know she’ll give it a go as she’s got heart and the right attitude. I hope she’ll run very well.”

Five rivals take on Coillte Lass, including Theatre Territory, who made a fluent start over hurdles when winning at Uttoxeter.

Jockey Sam Waley-Cohen said: “It looks extremely competitive but everyone wants to know where they stand when it comes to looking at some of the better mares’ races.

“Theatre Territory doesn’t show an awful lot at home but she’s doing everything right and has taken to hurdles really well.”

The prospect of good ground at Taunton has tempted Alan King to run Dusky Legend, who concedes 3lb to her rivals.

He said: “She’s been running well and was second in a Listed race on Hennessy day, after which we were going to give her a break. However, with the weather staying dry we’ve kept her ticking away as she loves good ground.”