Arc Countdown HEAT IS ON 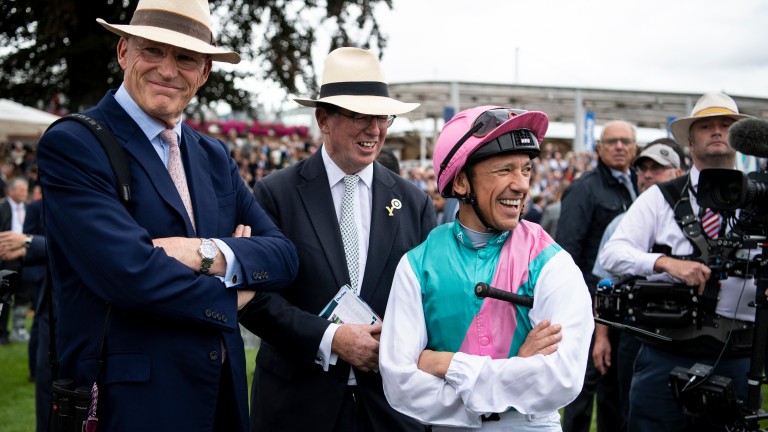 Frankie Dettori may be keeping his powder dry before Sunday's historic ride on Enable in the Qatar Prix de l'Arc de Triomphe, but according to one of Britain's leading sports psychologists there should be no concerns he will be anything but razor sharp in both body and mind come post time at Longchamp.

Michael Caulfield, who spent 15 years to 2003 working with Dettori and his weighing-room colleagues as chief executive of the Professional Jockeys Association before switching his focus to the science of behaviour and mind, has worked with many leading sports teams and athletes in his current profession and believes Dettori will be putting in the hard yards behind the scenes.

He is also confident Dettori has the perfect 'coach' to ensure he arrives in Paris at the peak of his powers.

Dettori has not taken a competitive ride since teaming up with Enable's trainer John Gosden to win last Saturday's Cambridgeshire with Lord North, but Caulfield is unconcerned by his absence from race riding and expects the jockey to be on his A-game come Sunday.

"With all great athletes what we don't see is the invisible work," said Caulfield. "We don't know what he's done this week to peak but he will arrive on Sunday as fit as Enable both mentally and physically.

"Most jockeys want to keep riding and keep in the rhythm but he doesn't need that now. Frankie is a big-time player and this sort of occasion gets him completely in the sweet spot." 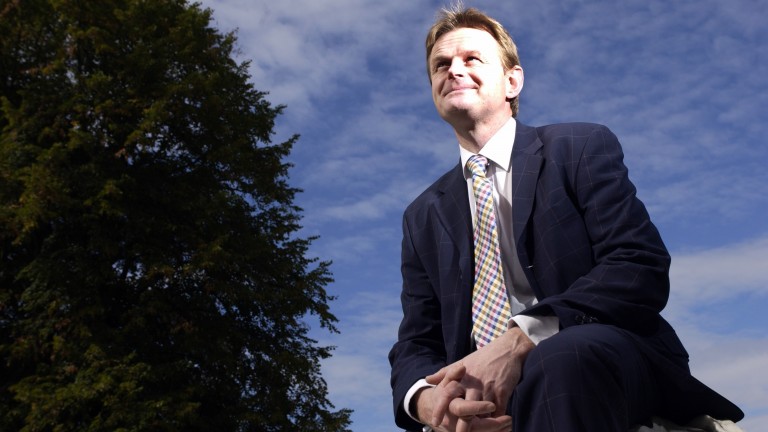 Enable will become the first triple winner of Europe's most prestigious open-age middle-distance Flat race should she triumph on Sunday, bringing a huge amount of pressure to the man tasked with guiding her home in front. However, in Gosden, Caulfield believes Dettori has the perfect man manager to keep him focused.

"I knew Frankie in his younger days and as he became this phenomenon as a jockey," he said. "I'm dangerously fascinated with Frankie at the minute. He's 49 years of age yet virtually weighs the same as he did at 19 and his sharpness, fitness and hunger at the highest level is remarkable.

"What I have found most fascinating about this stage of his career is the way he's been managed by John Gosden. I think he's almost the coach of Frankie these days. He's like the Klopp, Shankly, Ferguson or Eddie Jones; he is that person to Frankie. He manages his workload but more importantly he manages his mind and his mood."

Caulfield added: "I think John Gosden on Sunday will play this remarkably calming role to Frankie who, as we've seen, is incredibly emotional about this horse.

"Frankie has said he'll be nervous and the night before he'll be grumpy, moody and won't talk to his family. But I bet in the lead up to Longchamp on Sunday, John Gosden will say the most brilliant things to Frankie just at the right time.

"Frankie has only had 200 and something rides this year and John Gosden's management of Frankie Dettori's mental and physical energy has been as good as his training of Enable."

Switching the spotlight to Enable's trainer, Caulfield believes Gosden will undoubtedly feel pressure before and during Sunday's big race, although there is unlikely to be any sign of tension on the surface.

"If you're telling me he's going to be watching Sunday's race like he's just woken up from an afternoon sleep, I wouldn't believe you, but he's the same as Roger Federer," said Caulfield.

"He never shows anything and has developed this wonderful aura. He's got all the experience in the world of containing it and I think his calmness rubs off on Frankie.

"I'm sure that around his kitchen table on his own he has the odd bark or bite, but it's the invisible stuff we don't need to see. I always say you can't buy experience and knowing they have done this so many times before on the world stage removes that doubt and they also have an extraordinary horse."

FIRST PUBLISHED 7:30PM, OCT 2 2019
John Gosden is like the Klopp, Shankly, Ferguson or Eddie Jones; he is that person to Frankie. He manages his workload but more importantly his mind

St Leger contender Westover set to swerve Doncaster for Arc bid 'She's a true champion' - Inspiral and Dettori bounce back to Group 1 glory 'The carrot was there, so we gave it a go' - Ward thrilled with prize-money 'I am delighted to win one' - Dettori weighs into team event with a victory 'We have the king and queen' - Dettori receives Verry Elleegant boost Newmarket's new normal: dry spell means no turf gallops - it's all-weather only