Co-owner Rodger Sargent hoping for weekend to remember with Knocknanuss 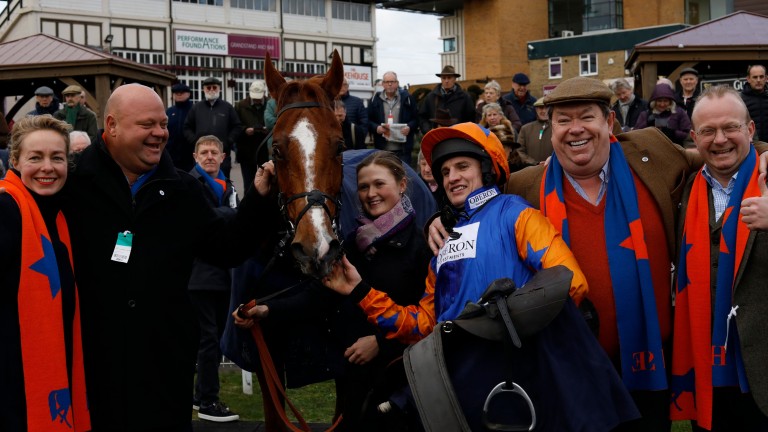 Rodger Sargent (right): celebrates the victory of Not Never at Fontwell earlier this month
Clive Bennett Photography
1 of 1
By Bruce Jackson and Jack Haynes 5:57PM, JAN 29 2019

Co-owner Rodger Sargent believes Irish Arkle victory with Knocknanuss would rank as the pinnacle of his time in racing as the star novice chaser attempts to become the second British-trained winner of the Grade 1 race on Saturday.

Sargent, a financier, owns Knocknanuss with former 32Red finance director Jon Hale and pub entrepreneur David Evans, and their Saturday afternoon at Leopardstown is set to continue post-racing by watching Ireland take on England in the Six Nations on the course’s big screen.

The Gary Moore-trained Knocknanuss, successful on two of his four chase starts, finished second to Master Dino at Plumpton this month and is a general 3-1 second favourite behind 7-4 market leader Le Richebourg to land the €125,000 event. 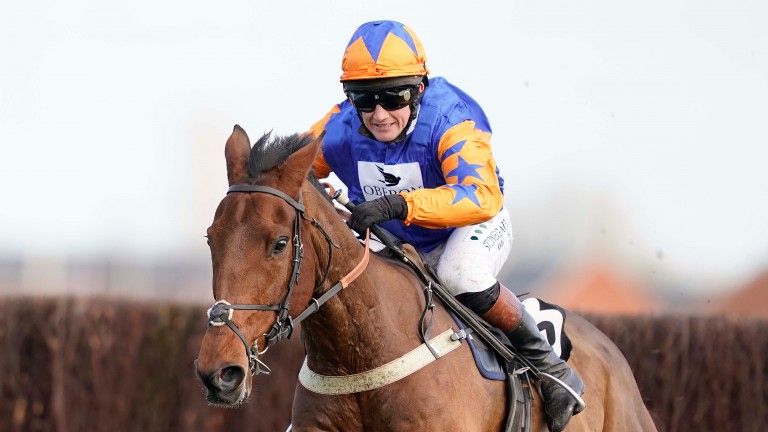 Knocknanuss: 16-1 to land the Racing Post Arkle at the Cheltenham Festival in March
Getty Images

Sargent, who will be sporting a scarf in the colours of their silks, said: “Knocknanuss needs another run before the big one in March and we had the choice of the Kingmaker, Game Spirit or the Irish Arkle, but felt the Irish Arkle looks no more competitive, possibly less so, and has a wonderful prestige.

“The track should suit him really well as the two things he does is gallop fast and jump well. The only downside is the travelling but Master Dino managed to travel from France to beat us at Plumpton, so clearly travelling doesn’t stop horses winning.

“We hope to watch the Six Nations match on the big screen and drink as much of the black stuff as we can, but if Knocknanuss manages to win, I don’t know what I’ll be doing if I’m perfectly honest.”

The nine-year-old is a general 16-1 shot to land the Racing Post Arkle at the Cheltenham Festival and attempts to emulate the David Nicholson-trained Mulligan, who became the first British winner of the Irish Arkle under Adrian Maguire in 1997.

Sargent, who won the Coral Cup with Top Cees in 1998 and Mildmay of Flete with Tikram in 2004, said: “He was going a five-furlong sprinting pace down the hill at Plumpton and couldn’t get his landing gear out when he fell on his chase debut, but since then he’s been super and we ran into a bona-fide superstar in Master Dino last time.

“On Racing Post Ratings he's the highest rated in the Irish Arkle, which is another reason why we felt this was a credible target. 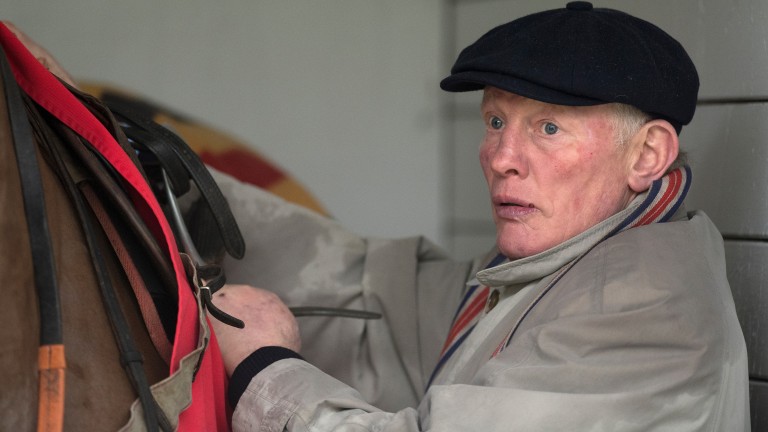 Gary Moore: trainer of Irish Arkle hope Knocknanuss
Edward Whitaker
“I very much feel more British trainers and owners should run their horses at the big Irish festivals. The prize-money is very good but the prestige is tremendous.

“It would be a memory of a lifetime to go over there, in their back garden, and win the Irish Arkle. It would be the greatest thing I’ve done in racing.”

Knocknanuss is one of five British-trained entries for the Dublin Racing festival after the forfeits stage on Tuesday, with the similarly owned Not Never missing a possible engagement in the Ladbrokes Hurdle after suffering a hairline fracture when winning at Fontwell earlier this month.

Moore, whose last runner in Ireland was Dell Oro in the Champion INH Flat Race at the Punchestown Festival in April 2017, said: "Knocknanuss goes there subject to the ground remaining good or good to soft at worst.

"I hope Master Dino is as good as they said and the trip at Plumpton was a little too far. If he comes out of Saturday all right then the Racing Post Arkle would be the plan."

The Pertemps Network Swinton Hurdle at Haydock on May 11 is a possible target for Not Never, while Simply Ned, Saint Calvados, Duke Of Navan and La Bague Au Roi complete the potential British quintet this weekend.

FIRST PUBLISHED 9:00AM, JAN 30 2019
It would be a memory of a lifetime to go over there, in their back garden, and win the Irish Arkle. It would be the greatest thing I?ve done in racing