Talk of the Tracks HAYDOCK 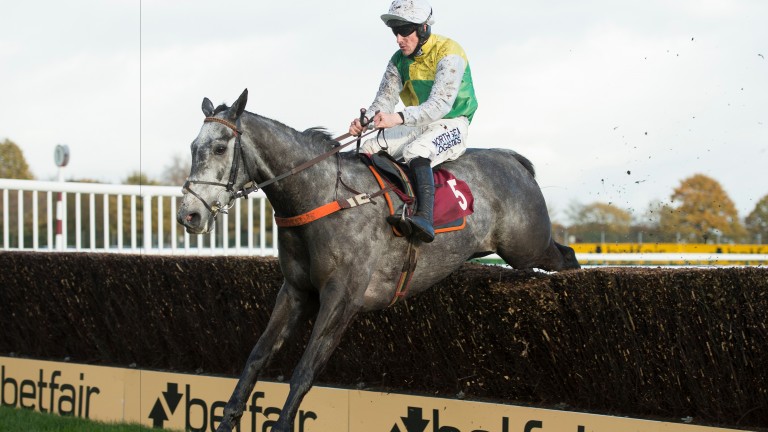 Cloudy Dream (Brian Hughes) jumps the last on his way to victory in the graduation chase
Edward Whitaker
1 of 1
By Andrew Dietz 6:01PM, NOV 19 2016

In a week when the BHA announced a new initiative to help improve the quality of jumping in the north, Cloudy Dream gave a reminder of the talent already in the region with a faultless display on his second chase start.

The 'Northern Lights' series has been greeted with approval but the sight of Malcolm Jefferson's strapping grey, a winner at Carlisle last month, cruising to victory in the 2m½f graduation chase buoyed the spirits of many in these parts on a day beset by wintry showers.

The famous silks of Trevor Hemmings are more commonly associated with staying chasers, yet in Cloudy Dream the three-time Grand National-winning owner has an exciting prospect capable of excelling over shorter distances.

"He's a very nice horse who has been thriving ever since he came back in," said Jefferson, who has his Malton yard in scintillating form.

"I was worried about the ground but I wanted to run him badly as he's been a fresh horse at home, and we might go for a race at Kempton over Christmas [Wayward Lad Novices' Chase] if the ground is half decent."

Bookmakers cut Cloudy Dream, who received 11lb from his three rivals, to as low as 10-1 for both the Racing Post Arkle and JLT Novices' Chase, although Betfair went a top-priced 20-1 and 25-1 in each market.

"We'll let him tell us what route to take but he has plenty of gears and I think two miles in a good race would be fine," added Jefferson. "Personally, I'd love him to be a top-class two-miler as there aren't many about."

Five in a row for Nicholls

Paul Nicholls claimed the 2m5½f novice chase for the fifth consecutive year as Politologue made a pleasing debut over fences.

As a French-bred grey racing in the colours of John Hales, Politologue will be compared with stablemate Aux Ptits Soins but, while that one fluffed his lines on his first chase start at Exeter, Politologue was much more polished. 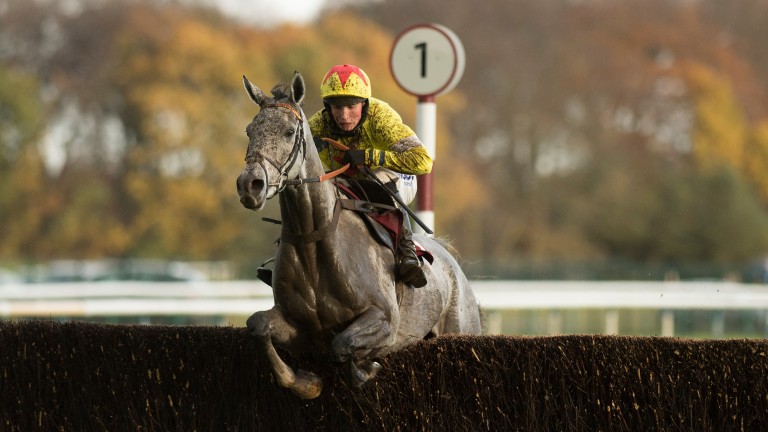 "He didn't come in until late like Aux Ptits Soins and I thought he'd need the run as he's a huge horse," said Nicholls. "But he's classy – he jumps and travels – and he could be very smart."

The trainer suggested Politologue, who was sent off single figures for the Coral Cup on his final start of last season, will get three miles in time and Betfair rate him a 25-1 shot for the RSA Chase.

Next stop the festival for Tahira

Tahira is likely to be put away until the Cheltenham Festival after providing trainer Richard Hobson with his biggest success in the Listed novice hurdle.

Based at Stow-on-the-Wold with a dozen horses, the second-season trainer took a couple of notable scalps as the front-running mare proved too good for Capitaine and Khezerabad, trained by Paul Nicholls and Nicky Henderson respectively.

"It has taken us a while to get her to settle but she was a fit horse coming into the race," said Hobson.

"I've not got many in and to get black type is fantastic. We'll give her a break now and go for the mares' novice hurdle at Cheltenham."

Small fields have been the norm in the £20,000 graduation chase and £25,000 novice chase since their inception in 2011 but they have provided the springboard for classy types, and Cloudy Dream and Politologue look capable of maintaining that trend.

FIRST PUBLISHED 7:01PM, NOV 18 2016
Personally, I'd love him to be a top-class two-miler as there aren't that many about