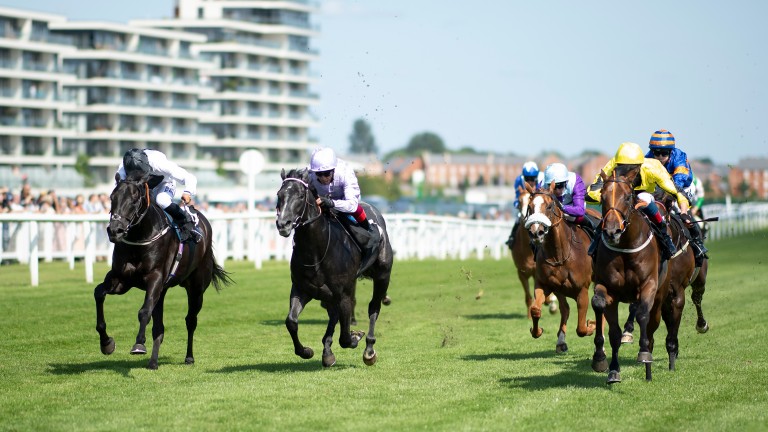 A step into Group company could beckon for Caturra, who stuck on well under Adam Kirby to win the Listed Rose Bowl Stakes at Newbury.

Seventh in the Coventry Stakes at Royal Ascot, Caturra cost 110,000gns as a yearling and is just the type the Lambourn-based Clive Cox excels with.

The trainer described the son of Mehmas as a "lovely horse" and said: "I was keen on the Richmond after Ascot, but this was a good opportunity and the drying ground allowed us to take this step.

"Where we go depends on how he comes out of this as we're just two weeks away from Glorious Goodwood. If he does run there it'll be because he's well enough, but he took Ascot well, so a similar return from this would give us that possibility."

Half an hour after Reach For The Moon waltzed to victory in division two of the 7f novice for the Queen, Intelligentsia completed a fine afternoon for Her Majesty by landing the 6f maiden on her debut, a smart performance that was no surprise to trainer Richard Hughes.

"Not many of mine start 5-1," Hughes joked. "We gave her a swing one morning and she ate up, so we gave her another one and she's never let me down, so we thought there's no point hanging around and we'd run her. She's smart. 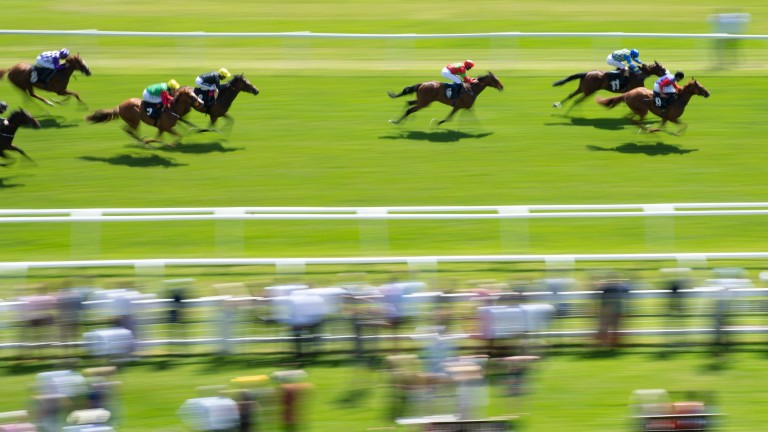 "On her pedigree and the speed she shows, if she gets a mile she'll be really good."

The Lambourn trainer saddled the Queen's Tynwald to win on his debut at Bath last month and added: "She's brilliant to train for. She gives you time to wait – we had to wait on that three-year-old at Bath the other day."

John Gosden likes to point a classy colt at Sandown's Solario Stakes, which is the aim for Reach For The Moon, who was far too good for his rivals in the second division of the 7f novice.

The son of Sea The Stars finished second in the Chesham at Royal Ascot and was entitled to win as he did according to Gosden, whose Solario scorers include Raven's Pass, Kingman and Too Darn Hot. 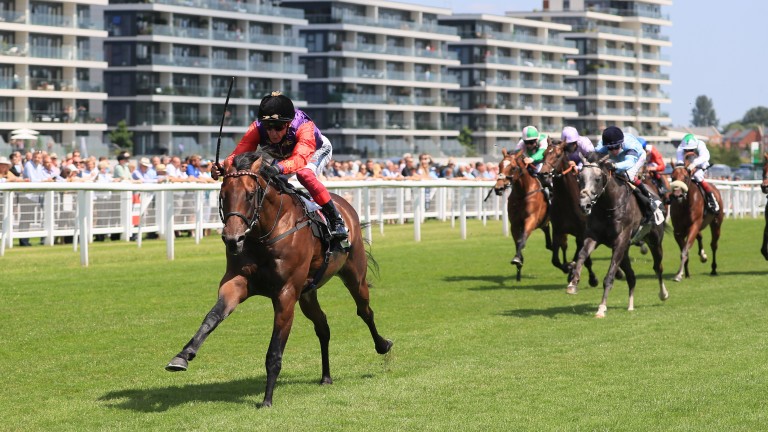 Training in partnership with son Thady, Gosden said: "The Solario is a good race – I love it as a race for two-year-olds – and it's where I like to go with my nicer ones."

Jockey Frankie Dettori and the Gosden camp completed a double in the 1m5½f fillies' handicap, which went to Anthony Oppenheimer's Golden Bugle.

"That was the plan," said the Newmarket supremo. "And it was nice Mr Oppenheimer, who bred her and generations of the family, was here to see it." 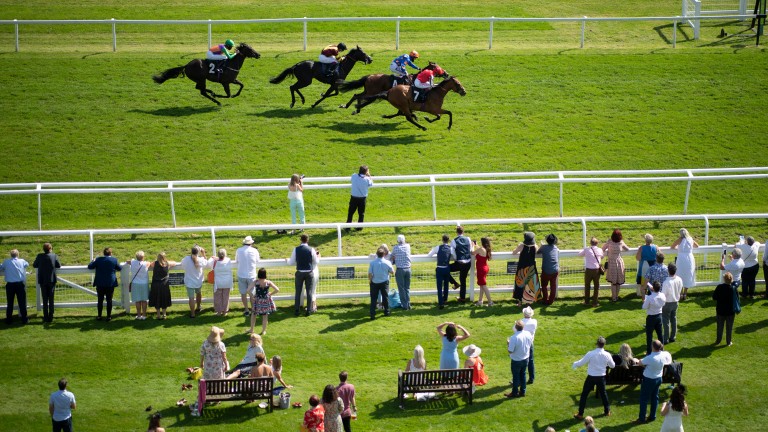 Roger Charlton said he could not remember previously giving Franny Norton a winner, but he had – and another arrived when Saligo Bay struck in the 1m4f handicap.

"I've always been an admirer of Franny and we had 8st 5lb and were struggling a bit to find a jockey. He was the obvious one to go for," said Charlton, who was flattered to be asked for an autograph by a racegoer.

FIRST PUBLISHED 6:56PM, JUL 16 2021
I was keen on the Richmond after Ascot, but this was a good opportunity