Track to be watered with Thursday forecast set fair

Chester was due for some watering on Wednesday night, with the ground good, good to firm in places and another pleasant day in store for racegoers on Thursday.

Clerk of the course Andrew Morris reported: "It's been drying out through the day. We're moving the rail out by three yards between the six- and the one-and-a-half-furlong point tonight, but I think it's likely we'll do a little bit of watering this evening, probably 2mm to replace the moisture we've lost this afternoon to return it to where it was at the start of the afternoon.

"It's a pretty difficult decision with a forecast of rain on Friday, but there's none due before racing on Thursday and we want to ensure safe, fast ground for tomorrow."

While the ground description for Friday remains to be seen, who will start favourite for the feature Homeserve Dee Stakes is a foregone conclusion after Aidan O'Brien declared Cliffs Of Moher for a race he won from 2012 to 2014 with market leaders Astrology, Magician and Kingfisher.

Ryan Moore's mount, a best-priced 10-1 for the Investec Derby and 4-6 for the Dee with William Hill, will face eight rivals, including the Sir Michael Stoute-trained Mirage Dancer.

Stoute has also won the Dee Stakes, with subsequent Derby hero Kris Kin in 2003 and Tajaaweed in 2008. 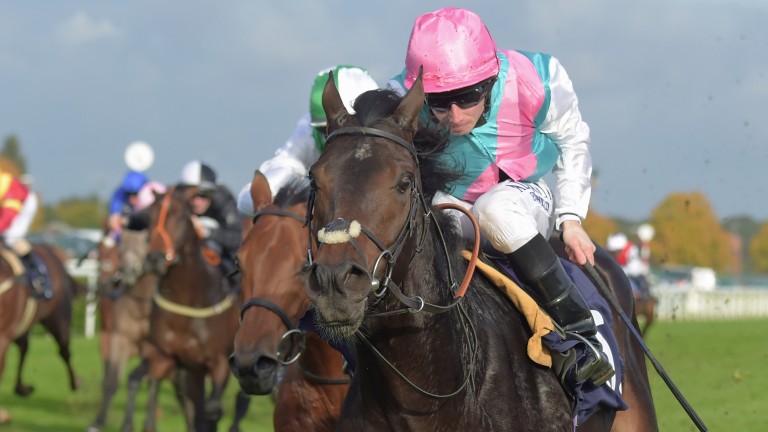 Ormonde hopes for O'Brien and Stoute

Six of the last ten winners of Friday's main supporting contest, the Boodles Diamond Ormonde Stakes, have been trained by O'Brien (Macarthur, St Nicholas Abbey, Memphis Tennessee) or Stoute (Ask, Harbinger, Dartmouth) and this year the pair lock horns through US Army Ranger and Midterm.

O'Brien has Roly Poly, Rain Goddess and Smoulder engaged in the Abu Dhabi Poule d'Essai des Pouliches before Thursday's final declarations, but one filly not heading to Deauville is Dabyah. The Fred Darling winner will miss out after an unsatisfactory scope.

However, Gosden revealed on Wednesday: "Unfortunately Dabyah returned an unsatisfactory scope this morning and wasn't left in at the latest stage for the French 1,000 Guineas.

"It was a routine scope that came back a bit cloudy, so we thought it best to give France a miss. It's annoying but hopefully we can get her back for the Coronation Stakes at Royal Ascot."

FIRST PUBLISHED 12:24PM, MAY 10 2017
Unfortunately, Dabyah returned an unsatisfactory scope this morning and wasn't left in at the latest stage for the French 1,000 Guineas