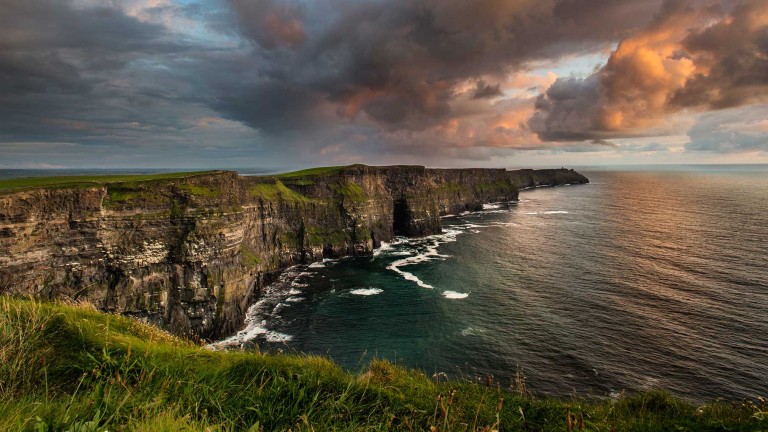 The Cliffs of Moher are one of the most popular tourist destinations in Ireland, drawing close to a million visitors each year.

Located at the south-western edge of the Burren region of County Clare in Ireland, they rise 120 metres above the Atlantic at Hag's Head and, eight kilometres to the north, reach their peak of 214 metres just north of O'Brien's Tower, which is a round, stone tower near the midpoint of the cliffs that was built by Aidan’s namesake Sir Cornelius O'Brien in 1835.

From the cliffs and tower, visitors can see the Aran Islands in Galway Bay, the Maumturks and Twelve Pins mountain ranges to the north in County Galway, and Loop Head to the south.

As well as appearing at Chester on Friday, the Cliffs of Moher have played cameo roles in numerous films, including The Princess Bride, Harry Potter and the Half-Blood Prince and Leap Year.

FIRST PUBLISHED 6:00PM, MAY 11 2017
As well as appearing at Chester on Friday, the Cliffs of Moher have played cameo roles in numerous films