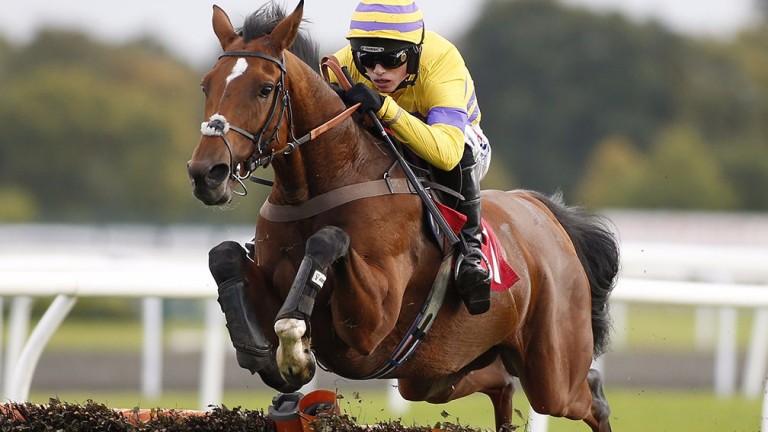 Cliffs Of Dover, as short as 14-1 for the JCB Triumph Hurdle at the Cheltenham Festival, may not make the race, trainer Paul Nicholls revealed on Tuesday.

Formerly trained by Charlie Hills on the Flat, Cliffs Of Dover has been a revelation since joining Nicholls, winning six of his seven outings over hurdles.

He is among the leading contenders for the Triumph Hurdle and caught the eye of Pricewise's Tom Segal in an ante-post special, but his participation could be in doubt.

Nicholls, who trains the son of Canford Cliffs for John Cotton and his wife Barbara, said: "I schooled him just before he was going to go to Musselburgh last week and he knocked himself. It might just be a race against time to get him there. If he doesn't come right he might have to go to Aintree."

Cliffs Of Dover is Nicholls' only entry in the Triumph and the champion trainer added: "He's won six – I suppose we've placed him well – but he's a good horse.

"If we'd known more about him he wouldn't have been beaten at Market Rasen – we rode him wrong that day. He's a good horse and if we can't quite get him right this season for whatever reason he'll be better next season when he'll be a really good hurdler.

"He wants looking after and we could do with a few more like him."