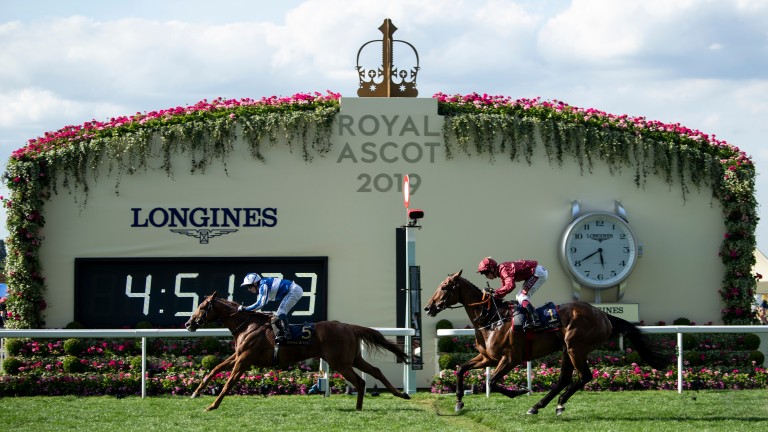 Srivaddhanaprabha, whose photograph was carried by members of his family into the Royal Ascot winner's enclosure.

The Andrew Balding-trained six-year-old, third behind Dee Ex Bee in the Sagaro Stakes at the track last month, was keen early but kept to his task to hold off last year's winner Pallasator. The 100-30 favourite Max Dynamite was third.

De Sousa said: "It means the world to me. I've been knocking on the door this week and it's great to get over the line in front for my first winner. I'm delighted for the family and King Power Racing – winning at Royal Ascot means everything." 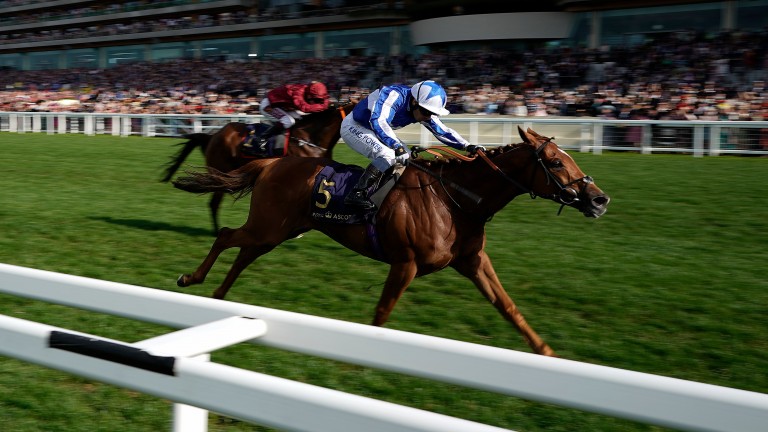 Srivaddhanaprabha was tragically killed in a helicopter crash at the King Power Stadium last October.

Balding, who trains the majority of King Power's horses and helped form the racing team, said: "I am so chuffed for everyone in King Power and all of the chairman's family. We had some near-misses this week and we left it late. The chairman loved [Royal] Ascot, that is what ignited his love of the sport so to do it here is incredible."

Alastair Donald, racing manager for King Power, said: "It is emotional, we were getting frustrated after a few unlucky runs. This was a last chance saloon and it means a lot.

"We had a photograph of the chairman for a bit of luck but we felt everything was going wrong with draws and ground so I am delighted to get the winner and very pleased for everyone."

Donald, who is also a leading bloodstock agent, added: "I have bought the winner of about 60 something Group 1s but this is like having five all in one as it was so important. They [the King Power team] went pretty berserk in the box watching the race."

What we learned from day four of Royal Ascot A day when two big decisions had to be made - officials at Ascot got both right 2,000 Guineas favourite Point Lonsdale out to confirm Classic claims in Chesham 'There is no denying the phenomenal training that has gone into Rohaan' 'He's a horse we like a lot' - Roger Varian could hold key to big-field handicap Tom Collins weighs up the chances of classy Falcon Eight for Dettori and Weld