This race is finally getting the billing it deserves being shown on ITV4 for the first time and the race of the year at Clonmel has quite the roll call.

There is no bigger name in Irish racing than Willie Mullins and the champion trainer will be bidding to win the Clonmel Oil Chase for the sixth time in just eight years.

Cilaos Emery, who has an unbeaten record in three races over fences when completing, would appear best placed to do so but Bachasson is not a bad alternative.

Last seen finishing fourth in the Champion Hurdle, Cilaos Emery returns over a new trip over fences on likely heavy ground, something Mullins does not think will pose an inconvenience.

Bachasson won over the course and distance last time but Cilaos Emery would appear to have more scope for progression which is backed up by the fact Paul Townend takes the ride.

Alpha Des Obeaux landed this race in 2017 when trained by Mouse Morris and was second to Kemboy in 2018 for Gordon Elliott, who has yet to win this prize.

Snow Falcon is at his best over this intermediate trip, while Paloma Blue has plenty on his plate at the ratings.

Cilaos Emery is a deserving favourite and, provided he gets a clear round, should be difficult to beat with so much in his favour.

Willie Mullins, trainer of Cilaos Emery and Bachasson
I don't think the trip will be any trouble for Cilaos Emery, or the ground for that matter, although we are getting a lot of rain down the south of the country. I was happier to go back over fences with Cilaos Emery this season. With the way the season worked out for him last year, we decided to go back over hurdles and he ran well when fourth in the Champion Hurdle. It will be a tough task for Bachasson. He will be a harder horse to place this year. 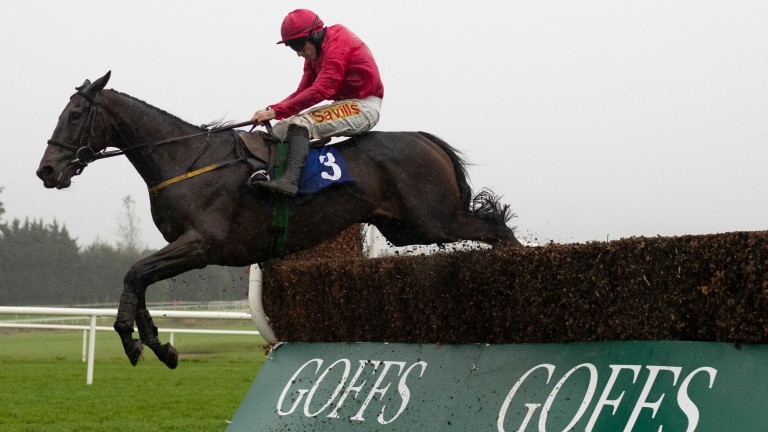 Noel Meade, trainer of Snow Falcon
He's getting on a bit but he ran a good race in the north, where he made a mistake at the third last which took a bit out of him. He came out of that well and is in good form.

Gordon Elliott, trainer of Alpha Des Obeaux
He’s not getting any younger but he’s won this race before and came out of Down Royal well so hopefully he runs a good race.

FIRST PUBLISHED 6:00PM, NOV 11 2020
I don't think the trip will be any trouble for Cilaos Emery, or the ground for that matter

My Sister Sarah and Metaphorical contribute to Wayne Lordan's treble Willie Mullins names the five horses he plans to take to Royal Ascot next week This is all about Samcro - but will the one-time future megastar battle again? McMahon shows it's not a long way from Clare to here with determined success