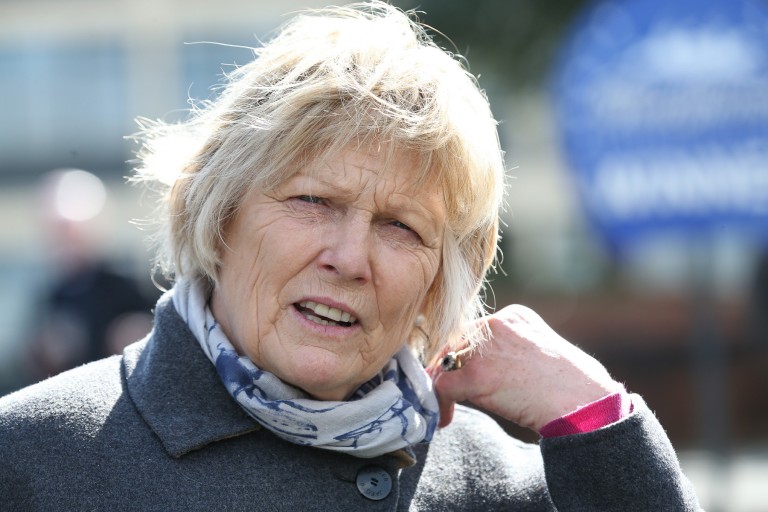 A paucity of options for mares starting out over fences has resulted in a gathering of some classy recruits and there appear to be three standout candidates among the field, of whom the bottom three are reserves.

Joseph O'Brien's Slowmotion won a Grade 2 juvenile hurdle at Fairyhouse in March and ran with credit when finishing runner-up behind the exciting Missy Tata on her return ten days ago. She makes her chasing debut and has the scope to make an impact over fences.

The Jessica Harrington-trained Keppols Queen won twice at Grade 3 level over hurdles and made a pleasing chasing debut at Naas this month when finishing fourth, while Daisy's Gift won a Listed race over hurdles but will need to improve her jumping having fallen and finished last on her two previous attempts over fences.

Follow Gigginstown
Gigginstown House Stud's record at this track in the past five seasons is 11 winners from 30 runners at a 37 per cent strike-rate and a healthy £31.77 level-stakes profit. Monbeg Rose is their representative.

Walsh in form
Ruby Walsh has ridden 16 winners from 33 rides this month. He partners Daisy's Gift for his boss Willie Mullins.

Stuart Crawford, trainer of Billy Billy and Danielle's Journey
It's going to be Billy Billy's first run of the season and her first over fences. She hasn't done a whole lot wrong so far and will appreciate a fence. It's a starting point and she'll probably want a trip in time. Danielle's Journey's two wins have come with a bit of cut in the ground and, like Billy Billy, she'll probably want a trip. She had a run at Newcastle in a hot novices' handicap chase last time and I was happy enough with her. She made a mistake at the critical time and it put paid to her chances. I'm hoping she'll be all the better with that under her belt.

Willie Mullins, trainer of Daisy's Gift
Her form over fences has been disappointing so far and she'll need to sort out her jumping. Hopefully, she'll get her act together this time. A good run over hurdles last time should have done her confidence good.

Jessica Harrington, trainer of Keppols Queen
I was delighted with her first time out at Naas when she needed it. I'm hoping for a good run.

Gordon Elliott, trainer of Monbeg Rose
She had a good run over hurdles the last day and wasn't beaten all that far. She's been schooling well over fences and we're looking forward to running her.

Joseph O'Brien, trainer of Slowmotion
She seems to be pretty good schooling at home but we'll learn a lot from this and it will tell us what route to go with her. She's in very good form and I was pleased with her return at Naas.