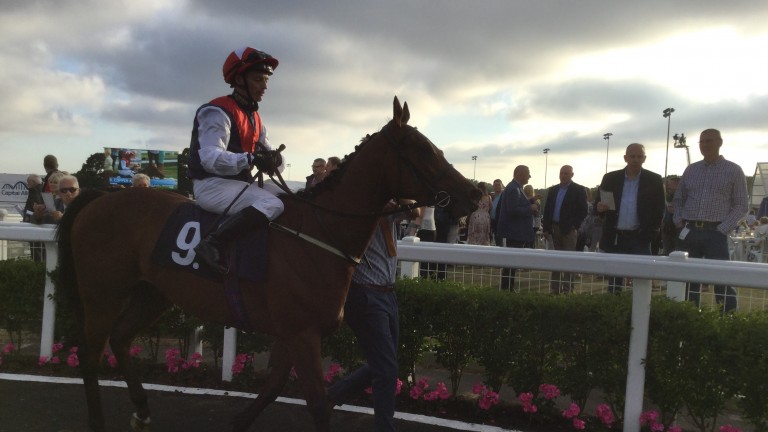 History could repeat itself in this £50,000 dash as the last two winners are back to try again.

However it was a borderline decision to run Middleham Park Racing's Copper Knight, who dotted up 12 months ago but is now 12lb higher in the handicap and carries top weight.

"He's going to need a career-best off 105," racing manager Tim Palin said of the Tim Easterby-trained sprinter. "We did toy with not running as he's borderline Listed/Group 3 – it may be easier to run well in that company than win off top weight here.

"But he's back to the scene of the crime and keeping your horse in as low a grade as possible is often the way forward."

Copper Knight was certainly expected to fare better than 12th in the Dash at Epsom last time.

"He's had a freshen-up since the Dash, where he almost lost it at the start," Palin said. "If you've got a front-runner who needs to ping the lids and you miss the gates your strength is your weakness all of a sudden, it was slightly game over.

"You'd be disappointed if he doesn't run well. Prior to the Dash he was in the form of his life, it's just his handicap mark – weight does stop trains in the end." 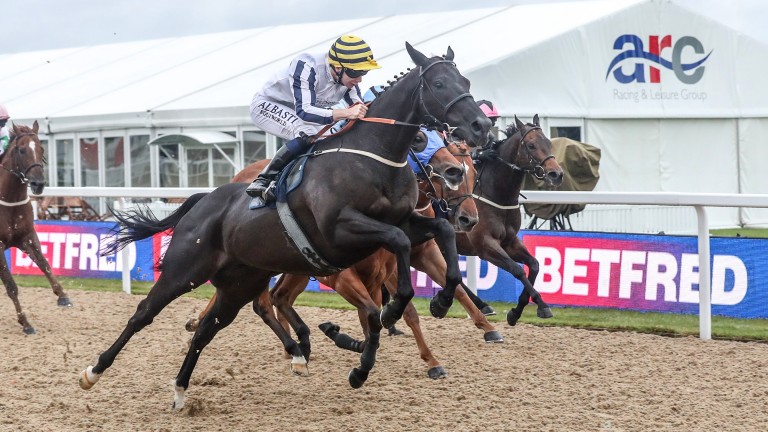 Line of Reason jumps to it here in 2017
John Grossick (racingpost.com/photos)

By contrast, Line Of Reason is 12lb lower than when winning this in 2017.

"He's in good form," said trainer Paul Midgley. "The track and conditions are not a problem and he'd have a chance."

John Ryan, trainer of Merhoob
I'm hoping he has a decent chance, he's in really good order. We didn't run him in the Wokingham because the ground dried up quite a bit at Ascot and we wanted to go on the all-weather or on softer ground, as that's where his form is. He's 100 per cent fit so I hope he has a good chance.

Roy Bowring, trainer of Foolaad
He's got a fair chance. He's never won a Class 2, but he ran well last time and he loves the track – Robert Winston rides him perfectly.

Michael Dods, trainer of Dakota Gold
He cut a leg in January so he was held back and he'll need the run. He's a soft ground horse and we don't want to run him on firm so this is a good place to come and get a start.

Paul Midgley, trainer of Tarboosh
You'd have to give him every chance. He's got a lower rating on the all-weather than he has on turf, he's in good form and ran well without winning on pretty desperate ground at Haydock.

Steve Brown, assistant to and husband of Makanah's trainer Julie Camacho
He's in good form and warrants this step up as he's been progressing well this year. He's not short of tactical speed, the surface is an unknown, but if he takes to it he should go well.

FIRST PUBLISHED 6:00PM, JUN 27 2019
He's in good form and he warrants this step up, he's been progressing well this year