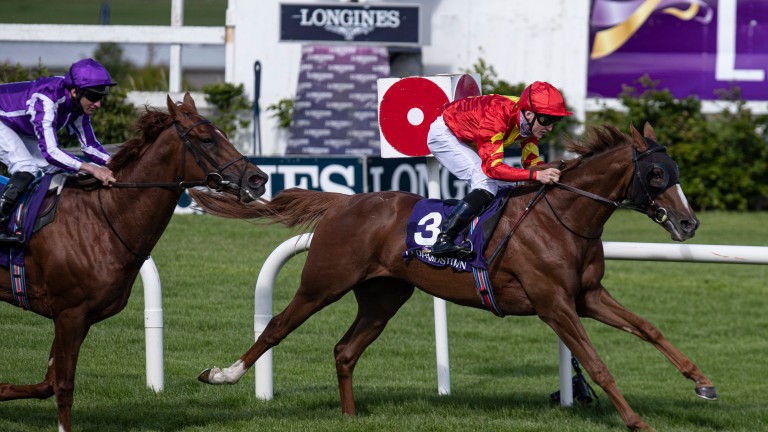 Fernando Vichi: victorious in the Nijinksy Stakes at Leopardstown on Thursday
Patrick McCann (racingpost.com/photos)
1 of 1
By Brian Sheerin 6:39PM, JUN 3 2021

Trainers and siblings Joseph and Donnacha O’Brien enjoyed a memorable afternoon at Leopardstown as they dominated both feature Listed contests on the card.

Spoken about as a potential Derby horse earlier in the season, Fernando Vichi confirmed Donnacha’s high opinion to be correct with victory in the Nijinsky Stakes, sparking talk of potential Classic tilts in the process.

O’Brien said: “He had a good run the last day and we always knew he was going to be a mile-and-a-half horse, at least. Gavin [Ryan] gave him a lovely ride today – he got a nice easy lead but he quickened up well.

"He put lengths on them and then got a little bit lazy in the last half-furlong. I thought it was a good performance.

“He's earned a shot at the Irish Derby now. That looks like the obvious target. He's a horse that stays very well and I wouldn't be surprised if we step him up again after that.”

The St Leger at Doncaster was also mooted as a possible target for Fernando Vichi following his three-quarter-length victory from The Mediterranean – trained by Donnacha's father Aidan.

Asked if Fernando Vichi could stay the Leger trip, the trainer added: “I think so, there is a lot of stamina in his pedigree and he has a nice lazy relaxed way of going. I see no reason why he shouldn't be.

“He quickened up very well today so he deserves a shot at a big one over a mile and a half before we start thinking that way.” 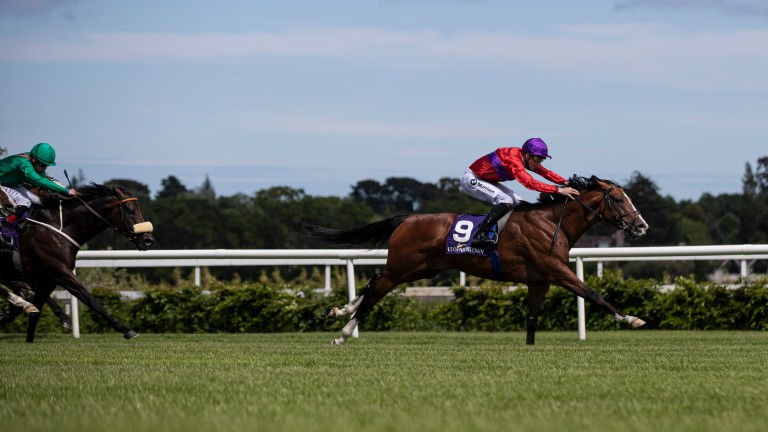 Magnanimous scoots away from his rivals to win the Glencairn Stakes
Patrick McCann (racingpost.com/photos)

Older brother Joseph was not in attendance to see Magnanimous beat the older horses in style in the Glencairn Stakes under Shane Crosse.

Assistant Brendan Powell said: “His run against Poetic Flare here was good but last time Shane said he was all over the place on the ground at Naas. He did that really well today, I'd say that's by far his best run.”

He added: "He's a genuine horse and he loves this ground. He's got speed for seven, but stays this trip well and will probably stay a bit further even in time. There will be plenty of options for him."

FIRST PUBLISHED 6:39PM, JUN 3 2021
I think he's earned a shot at the Irish Derby now. That looks like the obvious target

Where was Dettori? Where were the Brits? Irish Champions Weekend felt too Irish Justin O'Hanlon with unraced two-year-olds for your trackers from barrier trials Forgo the Flying Five in order to watch Snowfall? It can't ever happen again... 'We have to try something' - McCullagh calls for false rail at Leopardstown Over €17 million wagered as Ireland's first Tote World Pool event proves popular Five-time Group 1 winner St Mark's Basilica holds on in front once again