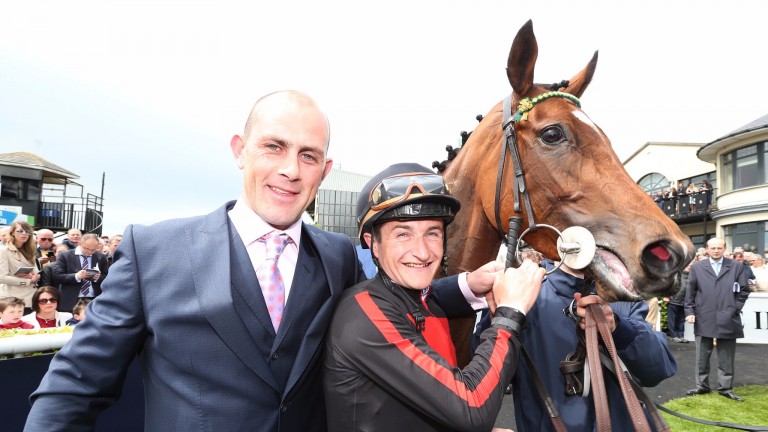 Jet Setting: proved herself a giant-killer when beating Minding in the Irish 1,000 Guineas
CAROLINE NORRIS
1 of 1
By David Jennings 6:59PM, JAN 26 2017

Jet Setting, one of the best modern day rags to riches stories, has been retired with trainer Adrian Keatley hailing her "a superstar".

Having been snapped up for just 12,000 guineas from the Richard Hannon stable by Keatley, Jet Setting went on to prove herself a mud-lover and mastered the mighty Minding in the Tattersalls Irish 1,000 Guineas before being sold to China Horse Club for £1.3 million at the Goffs London Sale last summer.

Keatley was hoping to have another productive campaign on the track with Jet Setting but connections have decided to retire her for breeding and she will be bred to Le Havre this year.

"It is obviously disappointing from my point of view but she was an absolute superstar. She won a Classic and achieved so much more than anybody thought she would," Keatley said.

He added: "I had a few nice races in mind for her this year. I was looking forward to a wet spring and maybe having a crack at the Lockinge but they have decided to start breeding with her and the very best of luck to them. Let's hope she goes on to breed a few superstars."

FIRST PUBLISHED 5:38PM, JAN 26 2017
It's obviously disappointing from my point of view but she was an absolute superstar