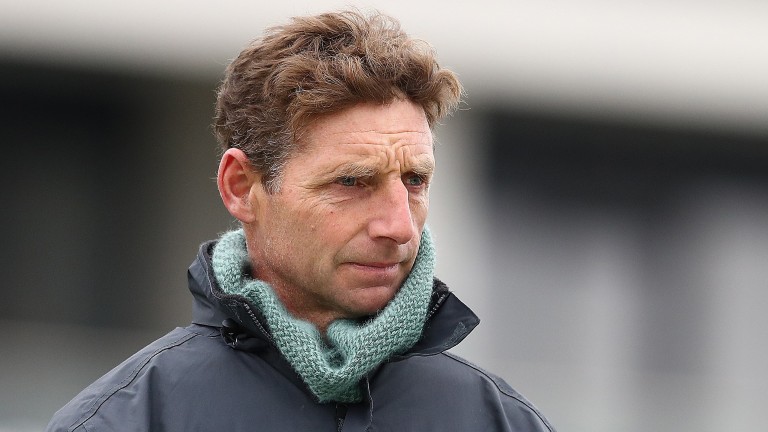 Trainer Tom Lacey never lost faith in the ability of Neville's Cross over fences and he was duly rewarded when he overturned 4-6 favourite Lost In Montmartre in the feature 2m5f handicap chase.

The six-year-old suffered nasty falls on his first two attempts chasing but has since made it three wins from four starts.

"Class just shone through," Lacey said. "He's always been a good jumper when we schooled him over fences at home. He's absolutely electric and the two falls came as a huge surprise to all of us.

"Since then he's taken them very well and he's never once looked like losing his confidence on the back of the falls."

Jockey Stan Sheppard has developed a fruitful partnership with the winner, riding for all three of his chase victories. Lacey added: "Stan works for me, he's in the yard every day of the week, and he's getting his opportunities and delivering."

A well-deserved break ahead of a step up in trip could be on the horizon for Neville's Cross, as Lacey added: "I think we would try him again over three miles but he's very ground dependent. As soon as the winter weather comes he'll get a break and then he'll race through the spring and into the summer."

Double for Frost and Nicholls

Bryony Frost and champion trainer Paul Nicholls teamed up for yet more success as they secured a double on the card.

The pair got off to the perfect start when 1-3 favourite Le Chiffre D'Or landed the odds in the 2m novice hurdle before Switch Hitter made a winning chasing debut in the 3m1f novices' limited handicap.

FIRST PUBLISHED 6:00PM, NOV 9 2021
He's absolutely electric and the two falls came as a huge surprise to all of us