Clash of the Deitys as Newmarket pair head for Essex showdown 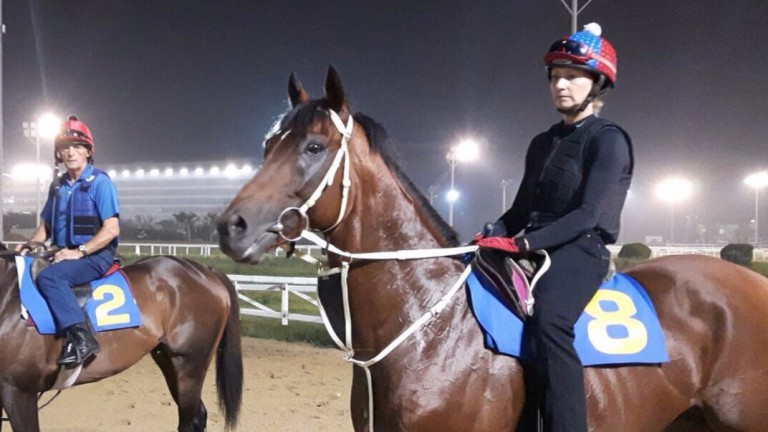 Punters will have to watch their bets in the first of two Tote-sponsored £35,000 handicaps at the Essex circuit as the 14-runner mile contest features both Solar Deity and Lunar Deity.

Solar Deity, who carries top weight, is back on home soil following two overseas assignments including a ground-breaking trip to South Korea.

Newmarket counterpart Lunar Deity is less well travelled but was consistent on the all-weather last winter when he won twice, including over this course and distance in January.

Trainer Stuart Williams, who also fields bottom-weight Pactolus, said: "As a consequence of his consistent efforts last winter, Lunar Deity is a bit high in the handicap just now and may struggle off his current mark and also he hasn't got a fantastic draw. On the positive side, he likes the track and it's great prize-money."

On Pactolus, he said: "He has a better draw and should give a good account, although he too has enough weight for what he has achieved."

Of those with recent winning form to their name, Fort Bastion is on a hat-trick at the Essex venue following easy wins in two claiming races at the track and was claimed by current trainer Brian Ellison after his latest success on November 3.

Williams is also represented in the Toteswinger Three Ways To Win Handicap (4.00) with Upavon, who just creeps into the 12-runner field.

Other Newmarket representatives include the enigmatic Doctor Sardonicus, trained by David Simcock, and Robert Cowell's pair Encore D'Or and and Huntsmans Close.

Doctor Sardonicus, narrowly denied over 6f at the track last time, is drawn widest of all in stall 12 and Simcock said: "It'll be very hard from the draw but he loves the surface and has plenty of pace. He's probably best over six furlongs rather than five but, with this sort of prize-money, we're happy to give it a go. It'll depend on how he breaks, what position he can get and how much luck he has in running."

Cowell said: "Encore D'Or has been gelded since he last ran in June – he had just started to get stallion-like rather than racing-like. He's been very effective on the all-weather but he'll have to be on the top of his game to win. He's been working well but has a bad draw in ten and may just need the race after his break."

On Huntsmans Close, he said: "We've been getting him to behave and enjoy himself on his last few runs. He'd be very well handicapped on his best form and should be spot on. He's had only one run on the all-weather when he led for a long way and showed lots of speed."

On Upavon, Williams said: "He's done most of his winning over six furlongs but he has no weight and Milly Naseb gets on well with him."

FIRST PUBLISHED 6:00PM, NOV 20 2016
Lunar Deity is a bit high in the handicap just now and may struggle off his current mark and also he hasn't got a fantastic draw