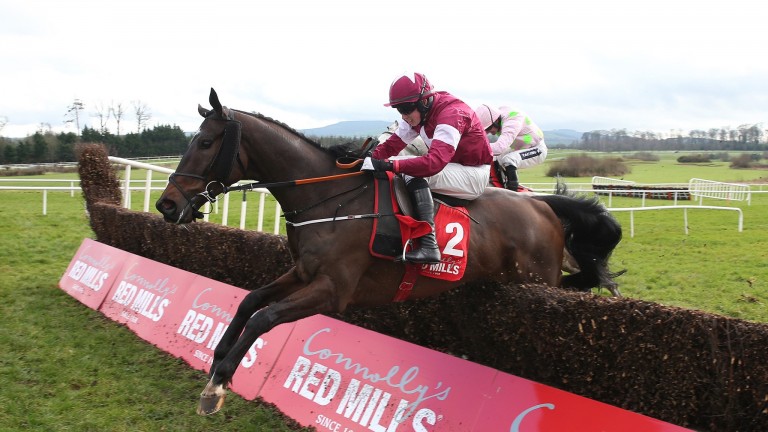 Clarcam, sent off a 33-1 chance, gave owners Gigginstown House Stud a fourth Galway Plate success in five years after benefiting from an enterprising ride from the front by Mark Enright, who was achieving the biggest win of his career.

It was a second victory in the race, sponsored by thetote.com, for trainer Gordon Elliott, who landed the event for the same owners with Lord Scoundrel, and after Clarcam, who was close to 20 lengths clear three out, had scored by six lengths, Elliott said: "You could call that a blast from the past. Clarcam won a couple of Grade 1 novice chases a few years back and on his old form he was probably the class horse in the race.

"I told Mark to go out and enjoy himself and to let the horse bowl along as that's the way he likes to race. Fair play to Mark, he gave him a great ride and it's great to see him winning such a big race.

"I didn’t think I had a whole lot coming to Galway this week but, with a good few horses placing, we’re delighted. Everybody knows we have had a quiet summer for different reasons but the horses are back in form now and I can’t wait for the winter to come and for all the horses to come back in.”

“I thought he might have kicked too soon, in fairness to the horse he was great. Jury Duty ran a great race as well and I’m very proud of him.”

Enright, 26, who was earlier on the mark with Rovetta, another 33-1 shot, in the mares' handicap hurdle, said: "That's unbelievable. It's special. I don't ride these big race winners – these things don't happen to me.

"I have to thank Gordon. Things were a bit quiet for me around Christmas. I was kind of on my last legs and I went to him one day at Naas and asked if there was any chance of a job. He said 'no bother' and I'm with him four or five mornings a week. He's been brilliant."

Patricks Park, who got into the race as first reserve after stablemate Ballycasey was withdrawn due to the change in the ground, started 9-2 favourite and chased home the winner in second place with Jury Duty a neck back in third.

Snow Falcon stayed on from behind having blundered badly at the sixth fence while British raider Drumcliff was vying for the lead when he fell six out.

Clarcam is the longest-priced winner of the Galway Plate since Master won at 40-1 in 1984.