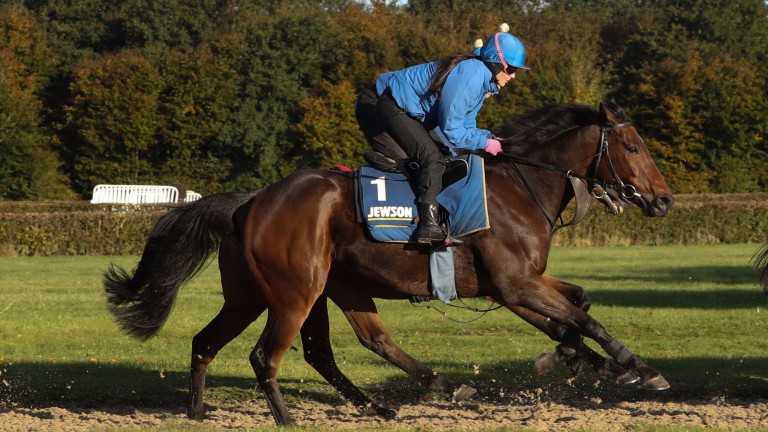 There are a few fledgling fencers turning out among the five-strong field for the feature at the Norfolk track which is being staged for a decent purse of £12,000.

One who has had previous experience in chases is Join The Clan, who made his debut last December when third of three behind Bristol De Mai at Leicester. However, he also has some solid hurdles form to his name and has the BetVictor Gold Cup-winning pair of Jonjo O'Neill and Aidan Coleman in his corner.

The three-time winner has appeared at the Cheltenham Festival twice in recent years, performing most creditably when eighth in the Pertemps Final in 2015. He has always been considered more of a chasing prospect and connections are hopeful of a nice run.

O'Neill said: "Join The Clan is a genuine little horse who has schooled nicely. On a rating of 136 he's our highest rated new chaser and I expect he'll enjoy the ground and the trip."

Rated 3lb higher on official BHA figures is fellow chasing newcomer Prince Of Steal who has the advantage of having scored twice over hurdles at today's venue last season.

James Evans' gelding is the youngest in the field at the age of six but his previous career in Irish point-to-points should stand him in good stead now he tackles fences.

"Prince of Steal won his maiden hurdle and a novice at Fakenham last year which surprised us really as we thought two and two and a half miles would be sharp enough for him around there," said Evans.

"He ran in Irish point-to-points before we got him so we've always seen him as a three-mile chasing prospect. He may need the run as he's a big stuffy horse and we are just hoping for a solid clear round to set us up for the winter."

Also firmly in the mix on hurdling numbers is Final Nudge who finished runner-up to subsequent Albert Bartlett winner Unowhatimeanharry in a Grade 2 at Cheltenham last December.

Trainer David Dennis said: "He's built and bred for fences and I've been happy with his schooling. He stays well over hurdles and we've been waiting for this softer ground to get him going. It's an interesting little race but hopefully he can strike first time."

The field is completed by rank outsiders Oscars Way and The Jugopolist, who have it all to do on the ratings but do have the benefit of having previously run over fences.