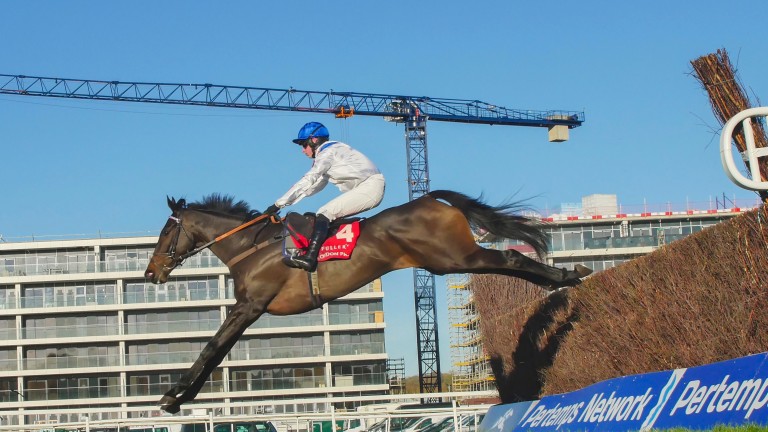 It might be named after a double roundabout near Sandown racecourse rather than the exclusive holiday destination off the Cornish coast but the Scilly Isles Novices' Chase is not short of glamour.

Clan Des Obeaux, part-owned by Sir Alex Ferguson, showed superstar potential when bolting up in a Grade 2 novice chase at Newbury in November and might have won at Cheltenham last time were if not for a jolting mistake two out on the way to finishing runner-up to Whisper.

The Paul Nicholls-trained five-year-old has solid claims of bouncing back as he is joint-highest rated on official figures alongside Top Notch and receives a 3lb weight allowance from all four of his rivals.

Nicholls, who has drawn a blank since since winning the race four years in a row between 2006 and 2009, also saddles Le Prezien for JP McManus.

He has been a model of consistency, winning his last two starts and never finishing out of the first two in all nine of his runs in Britain.

"They are two nice horses," said Nicholls. "Le Prezien is very closely matched with Top Notch on their Uttoxeter run early in the season. He's progressing well over fences, jumps accurately and is perhaps a bit more streetwise than Clan Des Obeaux because he has had more experience.

"Clan Des Obeaux will love the ground and the trip is ideal at this stage of his career. He won well at Newbury and just made a mistake at the second-last at Cheltenham that cost him momentum."

Clan Des Obeaux's owners have turned to Sean Bowen to gain continuity before Cheltenham as Nicholls' stable jockey Sam Twiston-Davies is set to ride Politologue – who was entered in this race but saved for next week – in the JLT Novices' Chase.

Although it has failed to provide a springboard to festival glory in recent years, the outcome of the £50,000 contest, won by triple Cheltenham Gold Cup hero Best Mate in 2001, is almost certain to affect the ante-post market for next month's 2m4f novice chase.

Top Notch, easily the best of these over hurdles, has won all three starts since his chase debut defeat at Uttoxeter and will be bidding to give owners Simon Munir and Isaac Souede – and their retained rider Daryl Jacob – a third straight victory in this race following the exploits of Bristol De Mai and Gitane Du Berlais.

His trainer Nicky Henderson, himself successful in three of the last seven years, said: "He's in great form and has done everything right but it's getting more and more difficult. It's a big test for him against some very capable horses but two and a half miles is fine and he goes on soft ground." 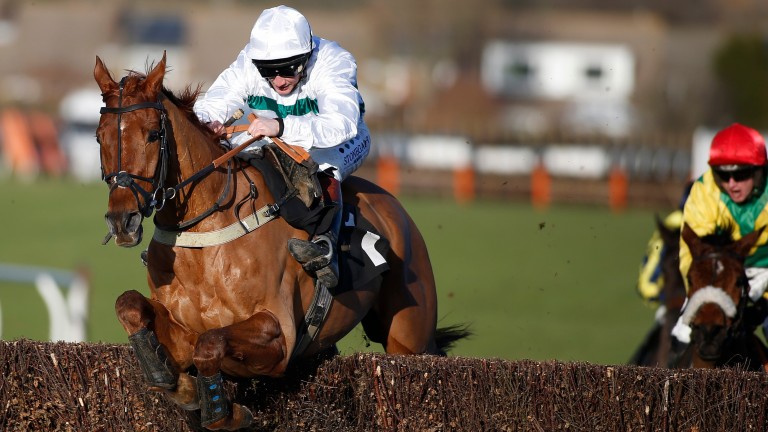 Baron Alco: has two Plumpton chase victories to his name
Alan Crowhurst
The testing conditions could pose a problem for Baron Alco, who has won two of his four chase starts, with both coming at Plumpton.

"He's got his work cut out on ratings and what we've seen the others do," said trainer Gary Moore. "He would also prefer better ground but the trip will be perfect for him and you've got to jump around Sandown and that's his greatest asset."

Johnny Farrelly has decided to fit first-time cheekpieces on Amore Alato, an impressive winner of a 3m Listed intermediate chase at the course in November.

"He likes the track and the ground and trip should suit," said the trainer. "We're putting on cheekpieces to help him concentrate early on and he seems to act in them at home. I wanted to get another run into him before Cheltenham and he'll tell us whether we go for the RSA or down the handicap route."

FIRST PUBLISHED 6:00PM, FEB 3 2017
Le Prezien is perhaps a bit more streetwise than Clan Des Obeaux because he has had more experience