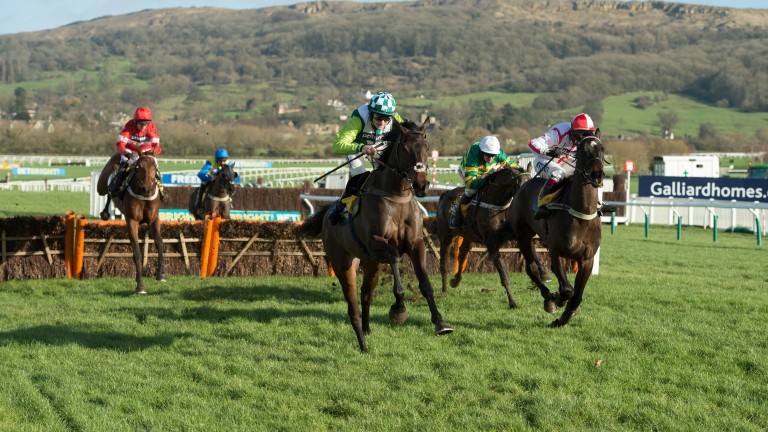 Old rivals Protek Des Flos and Clan Des Obeaux lock horns again under very different circumstances to the first time they met as they square up in a novice chase which has proved an outstanding source of future stars.

It was a juvenile hurdle at Cheltenham in January in which the pair raced against each other previously. While the Paul Nicholls-trained Clan Des Obeaux was widely expected to win following his runaway success at Newbury the previous month, Nicky Henderson had no great hopes of Protek Des Flos and thought he might finish last.

All appeared to be going as expected until Protek Des Flos took off late in the race and collared the favourite halfway up the run-in for a length-and-a-quarter success.

Today the pair tackle fences and take on their elders over an extra three furlongs. With Gold Cup winners Bobs Worth, Coneygree and Denman among the recent winners of this Grade 2, as well as crack performers Dynaste and Punchestowns, whoever wins has plenty to live up to.

Henderson has been forced somewhat into going chasing, but he is a lot more positive about this race than he was about Protek Des Flos’ debut for the stable.

He said: "I love this horse and hope he's exciting. He's a really likeable character and did well over hurdles as a juvenile, but it's so hard for horses like him in their second season so I'm starting a few of them over fences. I see Paul is doing the same.

"He's schooled very well and goes in soft ground. His last race was at Auteuil and he ran very well in very soft ground. He's ready to go and I'm looking forward to getting him started."

Nicholls is optimistic about Clan Des Obeaux, who has the benefit of a previous run over fences.

He said: "He had a nice run the other day at Chepstow where the ground was a bit quick for him. Newbury is a more suitable track and a bit of cut in the ground will suit him. Protek Des Flos looks the one to beat. We were a length or so behind him at Cheltenham, giving 4lb, but it will all come down to jumping.

"He's had that bit of experience and he jumped well. He's in good shape but wants every bit of this trip."

This is no two-horse race, however, as Warren Greatrex saddles another potentially top-class chaser in One Track Mind, who is already a Grade 1 hurdle winner, over three miles at Punchestown in the spring.

Greatrex reports he has schooled very well and added: "He's been brilliant – winning the Grade 1 staying hurdle at the Punchestown festival in the spring – and I think he'll develop into an even better chaser. He's always been a chaser in my mind. He doesn't need the ground like a bog, just on the soft side is fine."

Our Kaempfer, ahead of Clan Des Obeaux when second in the Chepstow race, and dual chase winner Virgilio, who was pulled up at Wincanton last time, complete a quality line-up.