Claisse happy with resiting of second-last at Cheltenham 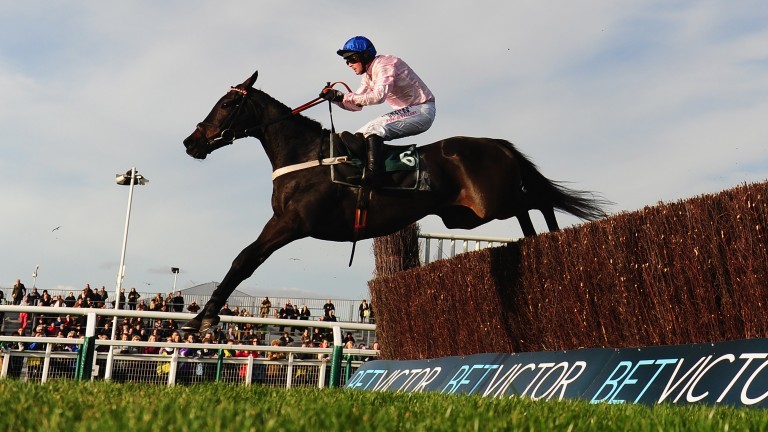 Cheltenham clerk of the course Simon Claisse declared the newly resited second-last fence on the Old course a success over the three-day Open meeting, despite a dramatic incident in the staying handicap chase on Saturday.

Claisse said on Tuesday: “If you put aside the incident from Saturday we only had two fallers there over the three days and I’m not getting any feedback that moving it back from the bend is not an improvement.”

The incident Claisse referred was the one in which riderless Le Reve run down the fence, taking out three rivals and their riders in the process.

“That could happen anywhere,” said Claisse. “One is powerless to do anything about it in those circumstances. It was just an enormous relief to all of us that everyone and all the horses were okay.”

Less of a success was the slightly different start position used for the 2m5f novice hurdle on Friday, which was canned for the following two days and beyond.

Claisse said: “Instead of bringing the jockeys into the start from the infield which we’ve always done, we took them out on to the track, brought them through where the tape was going to be brought across and to the back of the chute for them to turn and come back at the tape but the riders felt there wasn’t enough room.”

Although Saturday’s attendance was marginally below last year’s, close to 70,000 visited the course over the three days, with Claisse hailing both the crowds and quality of racing a success.

Commenting on Sunday’s emotional meeting, which celebrated Sprinter Sacre’s retirement but mourned the death of stablemate Simonsig, Claisse added: “One almost felt that what happened to poor Simonsig was more poignant because of the earlier celebration of Sprinter’s wonderful career and seeing him there as he retired. It was a tough day for everybody.”

The action will switch from the Old to the New course for Cheltenham's two-day International meeting on December 9. While the Open meeting ended on ground described as soft, good to soft in places, conditions on the New course are considerably quicker, with watering scheduled for this week.

“The ground currently on the New course is firm,” said Claisse. “We will irrigate both the New course and the cross-country this week as our forecast for the week is pretty dry still.”

Claisse revealed there will be a minor adjustment to one of the fence positions.

He added: “The fourth-last is a portable fence and we’ll just position it a little bit nearer the bend between the fifth-last and fourth-last. That’s following feedback from the jockeys last season but it’s only a minor adjustment.”

FIRST PUBLISHED 1:57PM, NOV 15 2016
If you put aside the incident from Saturday we only had two fallers there over the three days and I?m not getting any feedback that moving it back from the bend is not an improvement