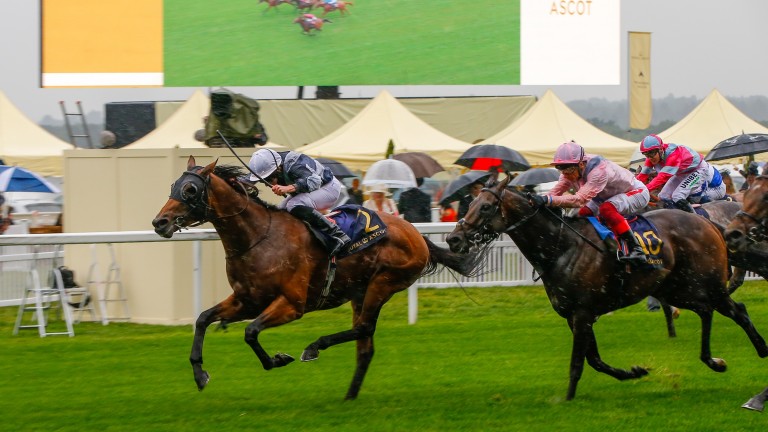 Connections of Circus Maximus are hoping he can be the answer to next week's Qatar Sussex Stakes at Glorious Goodwood and to any pub trivia after supplementing the Royal Ascot ace for the prestigious mile event.

The son of Galileo finished sixth in the Investec Derby before his team took the bold call of dropping back in trip for the St James's Palace Stakes at the royal meeting.

He needing adding to that field at a cost of £45,000 - a sum returned with interest when he forged ahead late and held on bravely by a neck from King Of Comedy.

Owned by the Niarchos family and Coolmore partners John Magnier, Michael Tabor and Derrick Smith, the Aidan O'Brien-trained colt also needing supplementing for next Wednesday's Sussex Stakes, with connections stumping up £70,000 on Thursday.

"Aidan has been very happy with Circus Maximus and consequently he was happy to supplement him this morning," said the Niarchos family's racing manager Alan Cooper.

"I think the decision followed the St James's Palace, where the horse showed he enjoyed the mile. The Sussex was then the next logical step provided Aidan was happy with him. It was the plan and let's hope he becomes worthy of pub trivia [by winning two races he has been supplemented for].

"So many of these Group 1 races close very early in the season and at the time of Ascot, Circus Maximus was being aimed at the Derby. He came back to a mile and justified the decision in the St James's Palace, but the entries for the Sussex had closed."

Phoenix Of Spain, convincing when beating Too Darn Hot in the Irish 2,000 Guineas but only sixth at Ascot, is next best at 6-1.

Cooper is optimistic the twists and turns of Goodwood will be fine for Circus Maximus, who handled Chester well when winning May's Dee Stakes, and cannot wait for the rematch.

He added: "It brings together some really top form lines and they've all met each other before, which makes the race even more exciting."

FIRST PUBLISHED 3:05PM, JUL 25 2019
The Sussex was then the next logical step provided Aidan was happy with him

Paul Kealy's banker for day one of Glorious Goodwood 'He's ready to win if things go right' - trainers on the opening TV handicap Can we trust the Coventry form? Graeme Rodway gives his view on Berkshire Shadow Frankie and Stradivarius aim to play familiar tune for returning faithful 'They ride to beat him' - Stradivarius camp hoping to avoid difficult passage Goodwood and Galway free bets and betting offers for Tuesday