In Depth MY TOP FIVE

Riding legend Jerry Bailey with a list of personal highlights 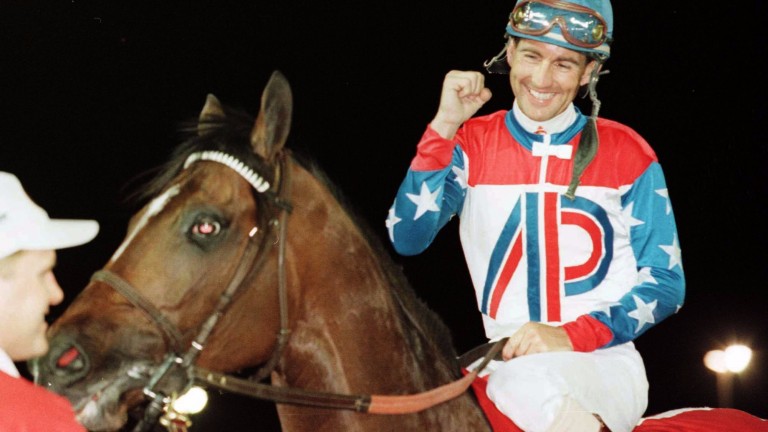 He was my favourite horse, it was the end of a perfect unbeaten season and it was at Belmont, which was basically my home track, so that was pretty special. Everyone remembers Tom Durkin's stretch call: "And here he is, the unconquerable, invincible, unbeatable Cigar!" Ten-for-ten; an undefeated season. We were having the ride of our lives and it wasn't over as we went to Dubai after that. I loved Cigar; he's the horse who made me fall in love with horses. Before him, it was like a doctor-patient relationship. I got to the point where I thought there's nothing this horse could not do.

It was just so improbable. I always considered myself a strategist, a student of video and past performances, and in those days there was so little we could get from Europe beyond a line in the form. Then I couldn't even find Andre Fabre in the paddock at Santa Anita before the race, so there were basically no instructions and I had no idea how to ride the horse. He was 133-1 and he won like he was the favourite.

He was pretty good for my career. He was my first Breeders' Cup winner and it was in the Classic at Churchill Downs, so he really helped put me on the map. I'd never ridden him before and I picked up the mount only because Pat Day committed to Summer Squall. But the horse made my job real easy – it wasn't a hard race to ride by any means. He just went to the front and stayed there.

Mile races are very cool to ride, especially around two turns on the grass, and the Breeders' Cup Mile is such a hard race to win because you need to be very fortunate in traffic; your racing luck usually needs to be extraordinary. I'd never ridden the filly before and it's just the best feeling to be going at such a high rate of speed through a mass of horseflesh, pushing all the right buttons and never getting into any trouble.