Churchill run could give Master The World a big say 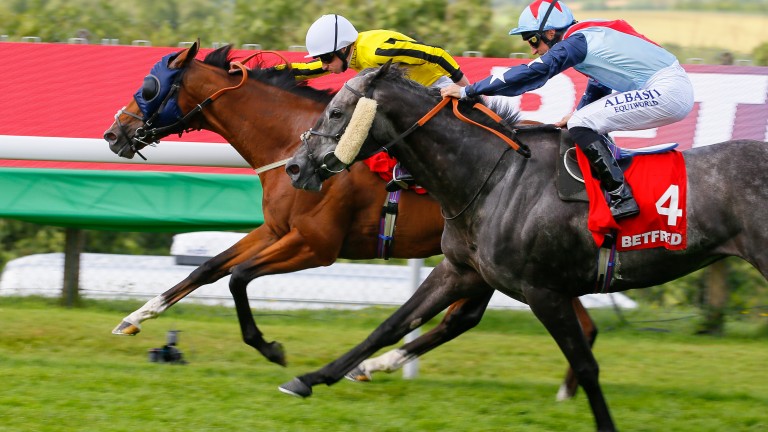 Franklin D's win in the Betfred Mile at Goodwood in July is likely to feature in more than a few bookmakers' end-of-year trading statements, yet Master The World came within a head of sparing the layers' cash and derailing one of the most sustained ante-post gambles of the season.

Last time Master The World produced an encouraging effort when third here over course and distance in the Listed Churchill Stakes.

His trainer David Elsworth also saddles the lightly raced Somethingthrilling, a winner here over a mile when benefiting from the 7lb claim of Joshua Bryan.

Battalion makes his first start since going down narrowly to Long Island Sound in a Group 3 on the Dundalk sand when trained by William Haggas.

Bancnuanaheireann has struggled for form since returning from Dubai bar a close-up fourth in the Shergar Cup Mile under Thierry Jarnet, while Pinzolo has his first try at a trip short of a mile and a half since last January.

Battalion a highflyer at Lingfield

Battalion's winning form over 1m2f at Lingfield includes not only a win in this race 12 months ago but also victory in the Listed Churchill Stakes in November 2014.

Jamie Osborne, trainer of Battalion
We bought him at the horses-in-training sale and we’re finding our way with him. We have left the headgear off so we can have a look at him without. We've pencilled him in for the Dubai Carnival and this is a prep for that. We'll see how he gets on and then make a decision.

Ismail Mohammed, trainer of Pinzolo
He seems in good form and has been working well enough. The drop in trip might not be quite in his favour but we’re sending out a fresh horse who seems well in himself and hopefully he can overcome that.

Dominic Ffrench Davis, trainer of Manson
There are a few rated a bit higher but he's in very good order and handles the all-weather well. He has been accepted to go to Dubai and, given he is rated 95, I wouldn’t mind him going a little bit higher to give us more options there. Nothing else appears to be in absolutely sparkling form, but he does have a few pounds to find.

FIRST PUBLISHED 6:00PM, NOV 29 2016
He's been accepted to go to Dubai and, given he is rated 95 at the moment, I wouldn't mind him going a little bit higher to give us more options there